Tragedy Movies are a Happy Treat 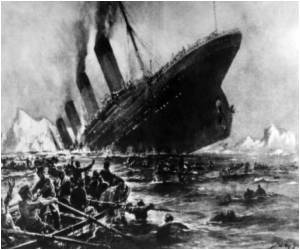 They said tragedy movie caused people to think about their own close relationships, which in turn boosted their life happiness.

The result was that what seems like a negative experience - watching a sad story - made people happier by bringing attention to some positive aspects in their own lives.


"Tragic stories often focus on themes of eternal love, and this leads viewers to think about their loved ones and count their blessings," said Silvia Knobloch-Westerwick, lead author of the study and associate professor of communication at Ohio State University.

The Sixth Sense is a colloquial term that denotes the ability to receive or send information outside the realm of the five senses of touch, sight, sound, smell and taste.
Advertisement
The key is the extent to which viewers thought about their own relationships as a result of watching the movie. The more they thought about their loved ones, the greater the increase in their happiness.

Viewers who had self-centered thoughts concerning the movie - such as "My life isn't as bad as the characters in this movie" - did not see an increase in their happiness.

Knobloch-Westerwick said this study is one of the first to take a scientific approach to explaining why people enjoy fictional tragedies that make them sad.

The study involved 361 college students who viewed an abridged version of the 2007 movie "Atonement," which involves two lovers who are separated and die as war casualties.

People who experienced a greater increase in sadness while watching the movie were more likely to write about real people with whom they had close relationships, Knobloch-Westerwick said. This in turn, increased participants' life happiness after viewing, which was then related to more enjoyment of the movie.

What people wrote about as a result of seeing the movie was a key in understanding why people enjoy viewing fictional tragedies, she said.

"People seem to use tragedies as a way to reflect on the important relationships in their own life, to count their blessings. That can help explain why tragedies are so popular with audiences, despite the sadness they induce," she said.

The researchers also tested the theory that people may feel more happiness after viewing a tragedy movie because they compare themselves to the characters portrayed and feel good that their own lives are not as bad. But that wasn't the case.

People whose thoughts after the movie were about themselves - rather than about their close relationships - did not experience an increase in life happiness.

"Tragedies don't boost life happiness by making viewers think more about themselves. They appeal to people because they help them to appreciate their own relationships more," Knobloch-Westerwick said.

But why would people have to get sad by watching a tragedy to feel grateful about relationships in their own lives?

"But negative emotions, like sadness, make you think more critically about your situation. So seeing a tragic movie about star-crossed lovers may make you sad, but that will cause you to think more about your own close relationships and appreciate them more," she added.

The results appeared online in the journal Communication Research and will appear in an upcoming print edition.

A new poll has found that nearly 20 percent of employees admit that their boss is well liked and always willing to help others.
Advertisement
Advertisement