Too Much Calcium can be Bad for Health, Says Study 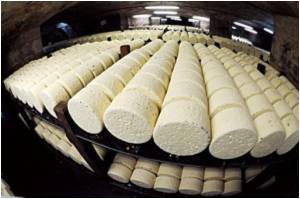 A new commentary has said that negative health effects associated with too much supplemental calcium are on the rise.

The finding appears in the upcoming issue of the Journal of the American Society Nephrology (JASN).

The incidence of the so-called milk-alkali or calcium-alkali syndrome is growing in large part because of widespread use of over-the-counter calcium and vitamin D supplements.


The milk-alkali syndrome arose in the early 1900s when patients ingested abundant amounts of milk and antacids to control their ulcers. This practice increased individuals' risk of developing dangerously high levels of calcium in the blood, which could cause high blood pressure and even kidney failure. The incidence of the milk-alkali syndrome declined when newer ulcer medications became available, but it appears to be on the rise again thanks to increased use of over-the-counter calcium and vitamin D supplements used mainly as preventive and treatment measures for osteoporosis.

A kidney stone is a solid mass made up of tiny crystals and may appear in any area of the urinary system.
Advertisement
Stanley Goldfarb, MD and Ami Patel, MD (University of Pennsylvania School of Medicine) recommend changing the name of the milk-alkali syndrome to the calcium-alkali syndrome because the condition is now associated with a large intake of calcium, not milk.

Postmenopausal women, pregnant women, transplant recipients, patients with bulimia, and individuals who are on dialysis have the highest risks of developing the calcium-alkali syndrome due to various physiological reasons.

According to the authors, the obvious preventive strategy against the calcium-alkali syndrome is to limit the intake of calcium to no more than 1.2 to 1.5 grams per day.

Osteoporosis is a bone disease that leads to an increased risk of fractures. The bone mass is reduced and the bones are porous, thereby resulting in weakness of the skeletal system of the body.
Advertisement
Advertisement

Calcium and vitamin D are known to improve bone health. Most people are aware of the foods which promote bone ...

Minerals are important for our body and are helpful to keep the vital organs functioning. Hence we should ...

Osteoporosis is a bone disease that leads to an increased risk of fractures. The bone mass is reduced and the ...

Too Much Calcium can be Bad for Health, Says Study Personalised Printable Document (PDF)