Tony Greig to Undergo Surgery For Lung Cancer Next Week 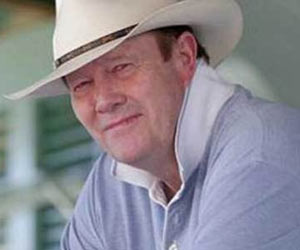 Former cricketer and commentator Tony Greig to undergo a surgery for lung cancer next week and start chemotherapy in a bid to beat the disease.

Known as the big man with the big hat, and has been a fixture on the Channel Nine coverage for 33 years, Greig was a conspicuous absentee today when Australia's Test series against South Africa started at the Gabba, and was in Sydney having tests, which confirmed he needed an operation.

"It's not good - the truth is I've got lung cancer. Its now just the case of what they can do. I am going in on Monday for a Tuesday operation," the Herald Sun quoted Greig, as saying


"We will start the fightback after that. The plan is to embark on chemo to see if we can make a dent in this little bit of a setback I've had," he added.

The lungs are our organs of respiration. It is within these, that exchange of gases takes place.
Advertisement
Greig said that for someone who's been in the cricketing scene for 33 years, it was hard to miss out on the sport even for one day.

"They are going to go into this right side and have a good look around and see if they can fix it up," he said.

"It's been an incredible journey so far, you have no idea how much one misses getting to the cricket on a day like today. When you've been doing it for 33 years you really miss going to the cricket," he added.

Turmeric Powder - Health Benefits, Uses & Side Effects Drug - Food Interactions Calculate Ideal Weight for Infants Accident and Trauma Care A-Z Drug Brands in India The Essence of Yoga Blood - Sugar Chart Find a Doctor Post-Nasal Drip Drug Interaction Checker
This site uses cookies to deliver our services. By using our site, you acknowledge that you have read and understand our Cookie Policy, Privacy Policy, and our Terms of Use