Tokyo Population to Drop to Half by 2100: Study 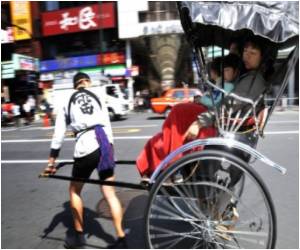 A new report says that Tokyo's population will be 7.13 million in 2100, about half of what it is today.

The study by a group including seven academics and 10 metro government and municipal bureaucrats, revealed that Tokyo's population, which stood at 13.16 million in 2010, will peak at 13.35 million in 2020 before dropping by 45.8 percent from the 2010 census figure 88 years from now.

Ticket Machines At Tokyo Stations Are Powered By Walking Passengers

Advertisement hoardings and ticket machines at two railway stations in Japanese capital Tokyo are being powered by electricity generated by walking commuters.
Advertisement

According to the Japan Times, this means the 2100 population will be resemble that of 1940's Japan.


The group said in a statement that 'the number of people in their most productive years will decline, while local governments will face severe financial strains.'

Digital advertising billboards being trialled in Japan are fitted with cameras that read the gender and age group of people looking at them to tailor their commercial messages.
Advertisement
"So it will be crucial to take measures to turn around the falling birthrate and enhance social security measures for the elderly," the group said.

Those aged in their productive years between 15 and 64 will represent 46.5 percent of the population in 2100, the group added.

Almost all taxis in Tokyo introduced a ban on smoking on Monday as fewer and fewer people light up in Japan, long a haven for tobacco.
Advertisement
<< Laptop Inventor Dies at 69
New Drug Target for Inflammatory Lung Diseases Identified >>