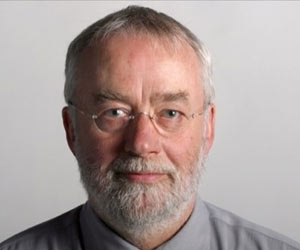 Bill Moggridge, creator of the first laptop computer has died aged 69 after losing a battle with cancer.

Moggridge is best known as the creator of the GRiD Compass, the device with a keyboard and yellow-on-black display.

Obesity Increases the Risk of Recurrence of Breast Cancer

Breast cancer is one of the commonest types of cancer seen in women. Hormone receptor-positive breast cancer accounts for two-thirds of all incidents of breast cancer worldwide.
Advertisement

Priced at more than 8,000 dollars it was encased in magnesium and considered to be rugged with a 340kb memory, the Telegraph reports.


The device released in 1982, was used by the U.S. military and even made its way into outer space aboard the Space Shuttle Discovery in 1985.

Muggridge was also the director of the Smithsonian's Cooper-Hewitt, National Design Museum in New York since 2010.

The museum said that Moggridge had died on Saturday.

A list of Must Know Top 12 Cancer Facts of the World.
Advertisement
<< Binge Drinking can Lead to Stroke
Tokyo Population to Drop to Half by 2100: Study >>

Lung cancer and smoking are closely associated. Lung cancer risk increases with the intensity of smoking. For more details, take this quiz.

1 in 4 Brits Suffer Postural Pain Due to Gadget Use

One in four Britons suffer neck or back pain due to the use of gadgets like smartphone, laptop, and eReader.
Advertisement
News A-Z
A B C D E F G H I J K L M N O P Q R S T U V W X Y Z
What's New on Medindia