The Neurology Behind Bad Food Experiences 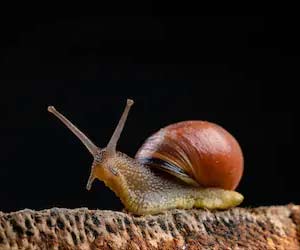 Researchers from Sussex, UK, believe that bad food experiences might be leading to a switch in our brain, thereby impacting our future eating habits. Using sugar-loving snails as models, They found this by using snails that love sugar as their models.

It is widely common that a negative experience with food usually leads to reluctance in eating that particular food again.

How Does Wine Protect the Neurons From Parkinsons Disease?

Food compounds in wine are responsible for this health benefit in protecting against the onset of neurodegenerative diseases.
Advertisement
‘Aversive conditioning to bad food leads to our reluctance to eat that food again.’
Read More..

Snails like sugar and start feeding on it as soon as it is presented to them. Researchers altered this behavior using aversive training by tapping the snails gently on the head when sugar appeared. Due to this, the snails then refused to feed on the sugar, even when they were hungry.


Dr. Ildiko Kemenes led the research team, who discovered a neuronal mechanism that reversed the snails' usual response to sugar after conditionally training them.

People with certain forms of early-onset Parkinson's disease could potentially benefit from taking a medication used to treat certain forms of cancer.
Advertisement
She explains that a neuron in the snail's brain normally suppresses the feeding circuit, and this network is prone to pontaneously activate, even in the absence of any food. She adds that stopping the circuit ensures that the snail doesn't eat everything and anything. But in the presence of sugar, this neuron becomes inhibited, and feeding commences.

Klmenes aslo explains that after the aversive training, the neuron reverses its electrical response to sugar, i.e., becomes excited instead of inhibited by it. This means that a switch has been flipped in the brain, and the snail no longer eats the sugar because it now suppresses rather than activates feeding, she says.

When presented with a piece of cucumber instead, the team found that the trained snails were happy to eat it. This showed that the aversive stimulus (the taps) were associated with only the particular type of food they were trained to reject.

George Kemenes, a member of the research team, adds, "The effect of the inhibitory neuron which suppresses the feeding circuit in the snail is quite similar to how, in the human brain, cortical networks are under inhibitory control to avoid 'runaway' activation which may lead to overeating resulting in obesity."

The negative experience of the snail with the sugar could be compared to humans eating a bad dish.

The researchers believe that in a human brain too, groups of neurons change their activity based on the negative association of a particular food.

Results also showed that when the neuron was removed entirely from trained snails, they started eating sugar again.

Kemenes says, "However, we cannot rule out that the sugar-activated sensory pathway also undergoes some changes, so we don't assume that this is all that's happening in the brain."

Seafood allergy is the adverse response of the body's immune system to the proteins present in fish and shelled fish such as crab, lobster, clams.
Advertisement
<< Texas Professor May Have Found Solutions for Overeating
Lack of Exercise Can Lead to Instant Death from Heart Attack... >>

The brain chemical dopamine regulates how mice learn to avoid a disagreeable encounter, suggested a new research from the University of Pennsylvania.