The Need for Legalizing Euthanasia in India 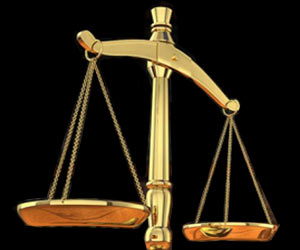 Euthanasia has been dicing in and out of the Indian Legal System's scenario for decades now. It is of two types- active and passive, active being doing of a deliberate action to cause a patient to die and passive being stopping life-saving treatment in order to letting the life of patient end its natural way, gradually.

The disputation of the controversial theme of euthanasia, the passive type being allowed, the need for allowing active type is in question. Hippocrates, Father of Modern Medicines said, "I will give no deadly medicine to any one if asked, not suggest any such counsel!" From time immemorial, the debate on legalization of Euthanasia has been going on, not just in India but across the world.

Euthanasia for Minors Debated By Belgium

A debate was opened to decided on whether to amend a decade-old law on euthanasia to cover minors, being told by experts that it was already taking place in practice without any set guidelines.
Advertisement

'Right to Life' under Article 21 of the Constitution should extend its purview over 'Right to Die'. As important as it is to have one's 'Right to Life' in place, it is equally important to allow one to maintain his 'Right to Die', in certain situations. Anti-euthanasia debaters say that if 'Right to life' would include 'right to die', then it would be incompatible and inconsistent with the concept of the former. But, they fail to notice that, the caretakers of such patients who are in conditions worse than that of a corpse, exercise exactly the same 'right to live' as well, without having to stretch out their efforts, money and patience on someone for several years, the end of which is again, death.


If the perpetuation is as sorrowful and miserable for the patients and the caretakers as the disease or circumstances of one's condition initially, then there is no reason as to why with the sufferer's consent, can euthanasia not be legalized in India.

Plans to extend mercy-killing to terminally-ill children were approved by Belgium's upper house on Thursday.
Advertisement
Realistically speaking of the availability of our country's medical facilities, adhering to the demand of legitimating euthanasia would prove to a boon for the other poverty-stricken, aged and jeopardized patients who do have chances of being saved and living a sedate life. Thus, the idea of extending the vision from protecting and caring for one cadaver-like person to another hale person which would save finances and physical, social and emotional efforts of both, caretakers and medical institutions, holds much more wisdom in itself rather than sermonizing the Constitutional flavor of positivity in despaired situations.

The advantage of sanctioning Euthanasia would also encourage the idea of organ donation which could help many patients waiting for transplantation of organs but are left exposed due to lack of the same. The 'right to life' and 'right to die' are interlinked and connected deep through.

These views are expressed by Mr. Harsh Trivedi of the Campus Law Centre, University of Delhi.

Euthanasia for Children may be Approved in Belgium