Trials of a new testicular cancer drug, called TE 23, have been halted in Britain after a 27-year-old patient died of overdose. But elsewhere in the country, trials continue.

Gary Foster, 27, was repeatedly given twice the amount of chemotherapy drugs he should have been prescribed. He was due to be married this month.

Reports have said his death was caused by an error in the setting up of the trial on the computer system at University College London Hospital (UCLH).


A second patient was affected by the same mistake, but survived.

When the Medical Research Council (MRC) suspected patients had been given overdoses, instead of calling the hospital immediately it wrote a letter - which a nurse at UCLH failed to open until two days after Foster had died.

"We just thought Gary was getting tired because of the chemotherapy."

The incident raises fresh questions about the safety of medical testing in Britain, Daily Telegraph reports.

Their bodies swelled horrifically after they were given the experimental drug TGN1412.

UCLH has been forced to suspend the trial, called TE23, which tests whether a combination of five drugs is better at treating testicular cancer than the standard treatment of three drugs.

But the trials continue in other UK hospitals.

Foster, a graphic designer, had just been diagnosed with testicular cancer.

He was told he had a 60 per cent chance of survival.

The disease has a 95 per cent survival rate when caught early.

Foster was told about the TE23 trial and told that if he was accepted on to it, his chances of survival would increase.

His fiancée, Paula Collins, 35, told The Sunday Times: "When Gary became involved in the trial, we thought it was fantastic news because we thought Gary's chance of survival would be greater and the care would be better.

"The trial sister said: 'Good news, Gary, you have been selected for the trial.' At UCLH they said, 'Don't worry, testicular cancer is curable. We will monitor Gary for 10 years - you don't have to worry.' They made us feel so confident."

Foster received the drugs during visits to UCLH between June and September 2007. On seven occasions, he received 30,000 units of bleomycin - of one of the five drugs - instead of 15,000.

A third patient died at a different hospital after receiving an overdose of the same drug due to an error by a nurse or doctor. However the MRC, the government body which ran the trial, said the drug was not the direct cause of his death.

An inquest heard Mr Foster began to show signs of deterioration after taking the drugs.

Eventually he developed a dry cough, a symptom of damage to his lungs that had been caused by the overdose of bleomycin. The lung damage was eventually fatal.

The inquest heard the cough should have been recognised by doctors and nurses as a warning sign. However, he was given a final dose.

Miss Collins said: "We had dreams and lots of plans together. Gary also had his own ambitions. We were supposed to be getting married. He was such a lovely person. He was so well liked and had so many friends."

"We do need trials but there need to be more controls," Collins added.

"I would encourage other people thinking about taking part in trials to proceed with caution. I would hate to think of anyone else going through what we have gone through."

"Checks should have been carried out. It is incomprehensible that they were dealing with the most dangerous medicines and they were so blasé. It was so slapdash."

Mrs Foster said: "An overdose gives the impression that it was a one-off. It was seven times.

"Every week my poor Gary was going into hospital, we thought he was getting better but, actually, he was being slowly poisoned and poisoned to death."

In a statement, UCLH said: "We would like to reiterate our deepest sympathy and condolences to the family and friends of Mr Foster."

It said it has introduced measures to make medical tests safer.

The MRC said it had reviewed its trial procedures as a result of Mr Foster's death and subsequently introduced additional checks.

Clinical Trials - Protocol
Clinical Trial Protocol is the basis for all clinical trials and it gives detailed information about the trial.
READ MORE 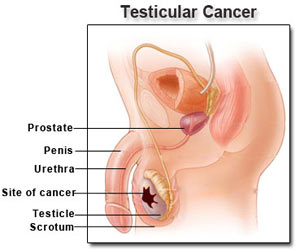