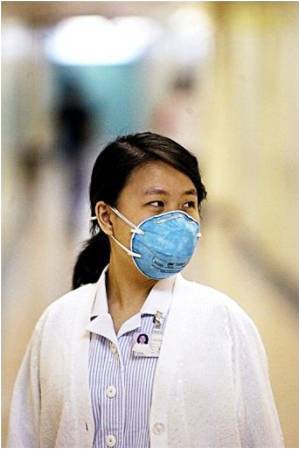 Preventing bacteria from hiding within the host cells could prove an effective weapon against severe infections.

A new study into Staphylococcus aureus, the bacterium which is responsible for severe chronic infections worldwide, reveals how they are able to escape the immune system as well as many antibacterial treatments. The research, published by EMBO Molecular Medicine, demonstrates how 'phenotype switching' enables bacteria to adapt to their environmental conditions, lie dormant inside host cells and become a reservoir for relapsing infections.

Staphylococcus aureus is a major human pathogen which can be carried by up to 70% of healthy people, and can lead to conditions such as deep tissue infections, osteomyelitis, and chronic lung infections, which are often hard to treat with antibiotics. A key characteristic of these infections is that relapses can occur months or years after an apparent cure.


These relapses, Dr. Bettina Löffler and her team from the Institut für Medizinische Mikrobiologie in Münster, Germany, believe are due to phenotype switching, a change in the bacterial behaviour. After infection and invasion of the patient's host cells, the bacteria form small colony variants (SCVs), tiny bacterial subpopulations that can evade the immune system as well as many antibiotics and grow slowly.
Advertisement
"For the microbiologist, it is difficult to detect SCVs in clinical specimens as they grow slowly, often needing several days to form and so can be easily overlooked in diagnosis," said Löffler. "Our study asked two questions: Is the development of SCVs an integral part of the infection process and what are the dynamics of SCV formation?"

The research revealed that in all infection models, the bacteria were able to persist within the host for several weeks after the infection, leading to the formation of SCV colonies. This showed that SCVs began to appear following infection, after the immune system response was overcome and that this persistence led to a larger phenotypic diversity of bacteria.

"These studies demonstrate that S. aureus are extreme versatile microorganisms that continuously sense their environmental conditions and can rapidly alter to reflect them," said Löffler. "The formation of SCV colonies is a bacterial phenotype switching strategy which is an integral part of the infection process."

This process enables the bacteria to hide inside host cells without provoking an inflammatory response from the host's immune system. In addition, they might be efficiently protected from antibiotic treatment.

"This strategy means that SCVs can be considered as 'dormant forms' of infections which can rapidly regain their full virulence and cause a patient to relapse," concluded Löffler. "This has important clinical implications as it means that targeting phenotype switching could prevent the bacteria from hiding, making the infection more vulnerable to host response and treatment."

Pregnancy Confirmation Calculator The Essence of Yoga Color Blindness Calculator Calculate Ideal Weight for Infants Sanatogen Diaphragmatic Hernia Drug - Food Interactions Accident and Trauma Care Selfie Addiction Calculator Nutam (400mg) (Piracetam)
This site uses cookies to deliver our services. By using our site, you acknowledge that you have read and understand our Cookie Policy, Privacy Policy, and our Terms of Use