Tangerines Can Protect from Heart Disease, Diabetes and Obesity: Research 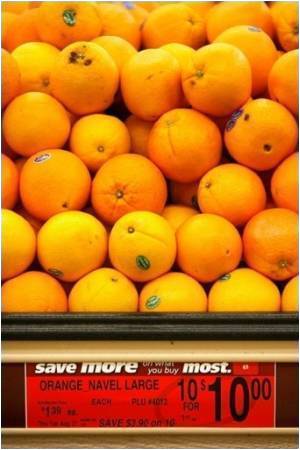 Researchers at the University of Western Ontario have found that a substance in tangerines prevents obesity, offers protection against type 2 diabetes, and even atherosclerosis, the underlying disease responsible for most heart attacks and strokes.

Murray Huff, a vascular biology scientist at the Schulich School of Medicine and Dentistry, along with Erin Mulvihill, studied the effects of a flavonoid in tangerines called Nobiletin.

Diet plays a significant role in controlling diabetes. Most cases of diabetes are preventable with healthy lifestyle changes.
Advertisement

In a model of metabolic syndrome developed by the Huff laboratory at the Robarts Research Institute, mice were fed a "western" diet high in fats and simple sugars. One group became obese and showed all the signs associated with metabolic syndrome: elevated cholesterol and triglycerides, high blood levels of insulin and glucose, and a fatty liver. These metabolic abnormalities greatly increase the risk of cardiovascular disease and type 2 diabetes.


The second group of mice, fed the exact same diet but with Nobiletin added, experienced no elevation in their levels of cholesterol, triglycerides, insulin or glucose, and gained weight normally. Mice became much more sensitive to the effects of insulin. Nobiletin was shown to prevent the buildup of fat in the liver by stimulating the expression of genes involved in burning excess fat, and inhibiting the genes responsible for manufacturing fat.

"We are indeed much more than what we eat, but what we eat can nevertheless help us to be much more than what we are". - Adelle Davis There are thousands out there battling 'the bulge'. With childhood obesity on the rise even children are not spared. If your weight issues are threatening to weigh you down learn more about obesity by taking part in this quiz.
Advertisement
"The Nobiletin-treated mice were basically protected from obesity," said Huff, the Director of the Vascular Biology Research Group at Robarts.

"And in longer-term studies, Nobiletin also protected these animals from atherosclerosis, the buildup of plaque in arteries, which can lead to a heart attack or stroke. This study really paves the way for future studies to see if this is a suitable treatment for metabolic syndrome and related conditions in people," added Huff.

The research has been published in the journal Diabetes.