Lose 10% of your Body Weight to Treat Irregular Heartbeat 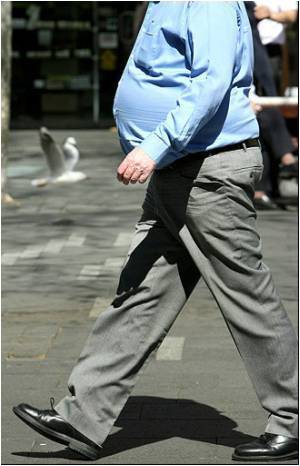 Wikipedia defines atrial fibrillation as an abnormal heart rhythm characterized by rapid and irregular beating. A study presented at the American College of Cardiology's 64th Annual Scientific Session revealed that obese patients who lost at least 10% of their body weight were six times more likely to achieve long-term freedom from this disorder compared to those who did not lose weight.


Weight loss was also associated with significant structural changes in the heart that are beneficial. More than five million adults in the US have atrial fibrillation. It's the primary cause for episodes of weakness, shortness of breath and palpitations, and increases the risk of more serious problems such as stroke. Obesity is associated with an increased risk of atrial fibrillation.

India and China, which are epicenters of a booming economy, are now witnessing a steady rise in obesity. ...

The cause of palpitations is diagnosed based on the history of the patient, and heart and blood tests. ...
This site uses cookies to deliver our services.By using our site, you acknowledge that you have read and understand our Cookie Policy, Privacy Policy, and our Terms of Use  Ok, Got it. Close
×