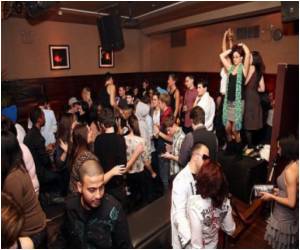 Katie Holmes took an American tabloid to court and won the case. The tabloid had branded her a 'drug addict'.

Offended by the insinuation, Holmes had sued the publisher last month.

Katie Holmes sparks health concerns after she was spotted looking super skinny at a restaurant.
Advertisement

Star magazine has published an apology to the actress on the cover and inside its May 9 issue, saying it 'did not intend to suggest that Holmes was a drug addict or was undergoing treatment for drug addiction'.


In its apology, Star magazine wrote, "In a recent issue of Star, we published headlines about Katie Holmes that could be read to suggest that she was addicted to drugs.".

Katie Holmes has blamed her recent weight loss on a hectic schedule.
Advertisement
"Star apologises to Ms. Holmes for any misperception and will be making a substantial donation to charity on Holmes' behalf for any harm that we may have caused," the magazine added.

The 32-year-old actress accepted the apology and was pleased that the lawsuit has been resolved.

"With this dispute out of the way, I look forward to once again focusing my attention on my family and career," the Daily Mail quoted Holmes as saying.

At the premiere of Tom Cruise's 'Valkyrie',actress Katie Holmes has sparked health concerns because of her super-skinny frame.
Advertisement
<< Domestic Violence is Worrying in Turkey
Kava Tea and Kidney Failure? >>

Sanatogen Blood - Sugar Chart Nutam (400mg) (Piracetam) The Essence of Yoga Post-Nasal Drip Calculate Ideal Weight for Infants Loram (2 mg) (Lorazepam) Accident and Trauma Care Sinopril (2mg) (Lacidipine) Drug Side Effects Calculator
This site uses cookies to deliver our services. By using our site, you acknowledge that you have read and understand our Cookie Policy, Privacy Policy, and our Terms of Use