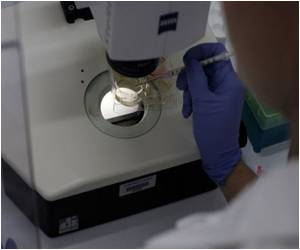 This morning, the face you critiqued in the mirror was sculpted before you were born by a transient population of cells called neural crest cells.

Those cells spring from neural tissue of the brain and embryonic spinal cord and travel throughout the body, where they morph into highly specialized bone structures, cartilage, connective tissue, and nerve cells.

Neural tissue contains imbalanced levels of proteins, which may explain the brain's susceptibility to a debilitating childhood movement disorder, according to researchers
Advertisement

Occasionally, neural crest cell development goes awry, causing birth defects affecting regions as diverse as the head, heart or gut. The way these conditions, known collectively as neurocristopathies, manifest themselves depends on the subset of neural crest cells involved: dysfunction in the population moving toward the face, for example, produces defects in the jaw, facial musculature, tongue, teeth, or palate, among others.


Given the importance of neural crest cells throughout the body, biologists have keenly studied the factors that are important for their formation, migration and maturation. Now a paper from the lab of Paul Trainor, Ph.D., Investigator at the Stowers Institute for Medical Research, describes a paradigm in which neural crest cells are formed normally, migrate properly but mature incorrectly. That paper, published in the Dec. 19, 2013, issue of PLOS Genetics, characterizes a mutant mouse that mimics a congenital disorder known as syngnathia in which children are born with fused upper and lower jaws and related facial anomalies.

A researcher has found that moderate physical activity may help maintain memory function longer, maybe even for years, in people with genetic predisposition to Alzheimer's Disease.
Advertisement
This finding offers hope for better understanding of syngnathia, which is a relatively rare disease, and other more common craniofacial diseases affecting jaw development. "Almost a third of all birth defects involve the head and face," says Trainor, noting that most can be blamed on problems relevant to neural crest cells. "Our primary motivation has always been to understand what causes them."

The jumping off point for the new work was a molecular search the Trainor lab conducted to identify genes required for correct neural crest migration or maturation. One candidate that emerged encoded a protein called Foxc1, which is expressed embryonically in mesodermal and neural crest cell tissues of the head, immediately adjacent to the developing pharynx.

Molecular geneticists typically evaluate what a gene does by eradicating or "knocking out" that gene in an animal and then observing what happens. To test Foxc1 function, Kim Inman, Ph.D., a former postdoctoral fellow in the Trainor lab and the study's first author, carefully analyzed the miniscule facial bones as well as facial cartilage of newborn Foxc1 "knock-out" mice using red and blue stains that distinguish the two.

"We immediately saw that components of the upper jaw were misshapen and fused to the lower jaw dentary bone," says Inman, noting that mice also showed abnormal facial muscles and poor formation of the temporomandibular joint, the hinge that allows the jaw to open and close. "When we see defects like this, we immediately suspect neural crest failure."

The study confirms these suspicions, with a surprising twist. When the team used mouse neural crest cell markers to visualize cells moving toward the embryonic head, they observed fairly normal migration. However, upon arrival at jaw-forming regions neural cells which would normally mature into bone-producing cell, now did so in inappropriate locations.

One interpretation of the new findings is that in normal animals Foxc1, which is a DNA-binding protein, regulates expression of factors that either shape facial soft tissues, block bone construction, or both. In fact, the study builds a substantial case that one downstream signaling factor expressed in the embryonic jaw known as Fgf8 is just such a Foxc1 target. Thus, mice (and presumably humans) carrying a defective Foxc1 gene would display "syngnathic" traits due to loss of these signals.

"In a condition like Treacher Collins we see a failure to make enough cells at the beginning of migration, while in syngnathia cells form properly but make bone in an inappropriate place due to loss of Foxc1," says Trainor. "This means there simply isn't going to be any one way to address all of these disorders. If you want to prevent or treat them you must understand how each originates cellularly and genetically."

Inman, now assistant professor of Natural Sciences at Shawnee State University in Portsmouth, Ohio, adds that craniofacial disorders carry a special stigma, one driven home by a sobering summary of over 50 human syngnathia case histories she compiled for the paper. That table lists the extent of jaw fusions and whether patients also showed cleft palate or tongue malformations. Some patients died in infancy, presumably from feeding disorders, while others survived thanks to surgical intervention.

"We need to devise new ways to treat craniofacial defects because of their tremendous medical need," she says. "But in this condition we are also talking about the face you present to the world. That face determines how you eat, talk, and interact with others. Having facial structures like everyone else is a tremendous part of who you are."

Louisiana Department of Health and Hospitals have issued a warning against using tap water to irrigate nasal sinuses.
Advertisement
<< Clues to a Parasite's Inconsistency Found
Hacking Fears Outweigh Privacy Concerns in US: Poll >>