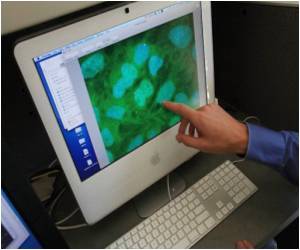 For the first time doctors have given kids' life-saving transplants of immune cells, engineered to carry suicide genes in case things go wrong.

3 kids at Great Ormond Street received the transplants that may have been considered too risky without what doctors called a genetic "insurance policy".

The kids needed bone marrow transplants and the doctors had not been able to find a perfect match and a normal transplant had risked life-threatening complications, with donor cells turning against the kids' body, Sky News reported.


So doctors tweaked cells from donors to carry a suicide gene and a unique 'flag' on their outer surface.

At the first sign of complication the doctors would have injected a drug that homed in on the flag, which would have triggered the suicide gene.
Advertisement
The cells would then have been destroyed before causing further damage.

Dr Waseem Qasim, a paediatric immunologist who led the study, said that they were reluctant to use certain donors as the risks of complications after a mismatch transplant are much higher

The technique has been published in the journal PLOS ONE.

Source: ANI
Advertisement
<< New Breast Implants That can Self Diagnose Problems
Protection of the Brain Starts at the Synapse >>

Organ Transplants may Up the Risk of Kidney Disease in Children
A new study has suggested a strong link between organ transplants of solid organs in children, and ....

UNH Research Finds Unemployment Restricts Access to Kidney Transplants
If they are unemployed or work part-time, people in end-stage kidney failure in need of a kidney ......

Location of the Best Stem Cells for Bone Marrow Transplants Identified
Researchers at McMaster University have found that using human blood stem cells from the ends of ......

Suicide
Suicide is an act of ending one's own life and it usually results from emotional isolations and inab...