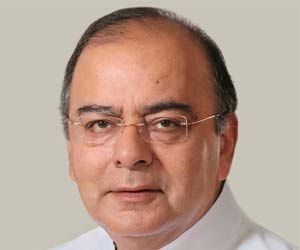 Union Minister Arun Jaitley gets discharged from the AIIMS after a successful kidney transplant surgery.

"Delighted to be back at home. My gratitude to the doctors, nursing officers and the paramedics who looked after me for over the past three weeks. I wish to thank all well-wishers, colleagues, and friends who were very concerned and continued to wish me for my recovery," he said in a tweet.

Advertisement
‘Union Minister Arun Jaitley was suffering from kidney related problems for quite some time. Jaitley underwent a successful kidney transplant surgery last month and got discharged from the AIIMS.’

Listed as "minister without portfolio" in the Prime Minister's official website, Jaitley is expected to resume work in the Finance Ministry after he fully recovers.


In the meanwhile, Railways and Coal Minister Piyush Goyal has been given the additional charge of the Finance and Corporate Affairs ministries.

Suffering from kidney related problems for quite some time, Jaitley stopped coming to the Finance Ministry at the beginning of April. He underwent a kidney transplant surgery at the AIIMS on May 14.

The 65-year-old minister was supposed to undergo the transplant in April and was even admitted to the premier hospital, but could not undergo surgery then as the donor's organ "did not match."

Source: IANS
Advertisement
<< Why Lack of Sleep Shuts Down the Brain of Some but Not All
Using the Song 'La Macarena' Improved the Quality of Chest C... >>

Kidney Transplantation is Associated With Better Survival
Kidney transplantation may prolong the survival of not only patients who have recently initiated ......

Transplantation
Organ and tissue transplantation can give a second chance at life to thousands of people. Learn more...