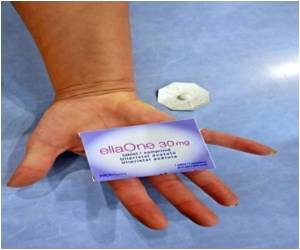 Heavy use of "morning-after" pills is causing concern in India where the government has banned ads criticised for promoting them as a primary contraceptive rather than an emergency measure.

Emergency contraceptive pills (ECPs), which can prevent pregnancy if taken within 72 hours of unprotected sex, are freely available over the counter in India, which remains largely conservative in its attitudes to sex and sex education.

More than 8.2 million ECPs were sold in 2009, an increase of 250 percent from the previous year, and health workers are voicing growing concerns that the pills are being misused.


"It's all very well to say people are becoming sexually liberal, but who's going to talk about the long term effects of this quick solution?" said Radhika Chandiramani, a clinical psychologist who chairs a sexual health organization.

Interesting information about the use of birth control pills, a debate about the birth control responsibility of men and women and development of hypothetical male contraceptive pill.
Advertisement
"The manufacturers don't mention it in their media campaigns. Parents and teachers don't teach children about sex, STDs, and contraceptives. So who is going to tell these kids that these pills are not sweets?" Chandiramani said.

India is plagued with poor healthcare and one of the main reasons for introducing freely available oral contraceptives was to make them accessible to women in rural areas where the majority of unsafe abortions occur.

The two most popular brands in India are "I-pill" and "Unwanted 72".

Rippon Nath, who owns a pharmacy in New Delhi, said the number of customers asking for ECPs was growing on a monthly basis.

"Some even come and take up to four boxes at a time," he said.

ECPs contain significantly higher doses of the same hormones found in regular oral contraceptive pills, and for this reason are recommended for periodic rather than regular use.

Doctors in India say the growing popularity of the pills, and the apparent frequency with which they are being taken, is disturbing on two levels.

As well as heightening the risk of negative side effects, routine use suggests they are being favoured over condoms without offering the same protection against sexually transmitted diseases and HIV infection.

Divya, a 19-year-old student who recently moved to Delhi, said she found "morning-after" pills useful because many Indian men were irresponsible about contraception.

"We have to trust the partner to use protection and often they don't want to, so these pills are great ways to make sure we protect ourselves and need not rely on our partners," she said.

Anuradha Kapoor, a gynaecologist at Delhi's Max Healthcare hospital, said such attitudes were understandable but misplaced.

"There is a lot of misuse. You are supposed to take it once in so many months, and no one tells you that," Kapoor said. "A lot of teenagers are taking it like a daily contraceptive."

ECPs have a ready market in a country like India where extra-marital pregnancy is deeply frowned on and abortion -- although legal -- is still something of a taboo subject.

According to the Delhi-based Consortium on National Consensus for Medical Abortion in India, 11 million abortions are performed in India annually and 20,000 women die from abortion-related complications every year.

The idea of abortion as shameful and traumatic was the subject of a controversial ad for the I-pill, which showed a young, unmarried woman anxiously slipping away from her parents' home and ending up weeping outside a run down abortion clinic in a darkened back-alley.

"Preventing a pregnancy is better than an abortion, isn't it?" intoned the voiceover at the end of the ad.

Other ads showed married couples, sometimes with children, sharing worried glances while a voiceover recommended the I-pill "if you're worried you might get pregnant after last night."

Initially the ads were seen as something of a breakthrough in India by openly addressing sexual behaviour and the issue of unwanted pregnancy.

But there was also criticism that they lacked an informed medical context and, in January, the Health Ministry ordered all ads for ECPs to be withdrawn, saying they were sending the wrong message.

"Concerns were being raised that women were popping the pills as a means to be free of tension after unprotected sex," India's drug controller general Surinder Singh told the Times of India.

"Women also weren't being told that the pill should be taken as an emergency measure, not a routine one," Singh said.

Radhika, a 23-year-old journalist, said she had used ECPs a number of times.

"In the beginning it was just so cool and easy ... no thinking involved," she said.

"But then one time I had complications with my period and then I stopped using it immediately," she added.

Indian advertising guru Alyque Padamsee argues that the main problem lies not with the pills and the way they are marketed but with the official squeamishness about providing practical sex education in India.

"The government of India thinks that no one in this country is having sex and so educating them is not needed. So how do they explain the billion plus population of our country?" Padamsee said.

Ishita Chaudhry, founder of a support organization for young people in India called the Youth Parliament, agreed that it was time for the government to step up.

"The state must set the ball rolling when it comes to sex education. It has to start at a grassroots level otherwise misuse of contraceptives and other medicines will just grow," Chaudhry said

Animation on how to use Female condom and its advantages.
Advertisement
<< HIV is Spreading at an Alarming Rate in Eastern Europe and ...
Response to Anger During Negotiations Differs Among People ... >>

The Essence of Yoga Drug - Food Interactions Vent Forte (Theophylline) Color Blindness Calculator Selfie Addiction Calculator Loram (2 mg) (Lorazepam) Iron Intake Calculator Sanatogen A-Z Drug Brands in India Find a Doctor
This site uses cookies to deliver our services. By using our site, you acknowledge that you have read and understand our Cookie Policy, Privacy Policy, and our Terms of Use