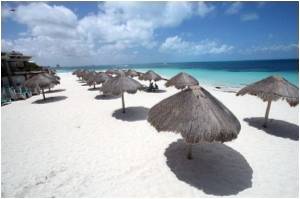 Before long robots will be capable of trekking through deserts and beaches since scientists have discovered innovative ways to compensate for sand's atypical features.

Today's humanoids lack the ability to steer through deserts or beaches because the sand particles do not provide a stable enough surface for them to walk, making their feet sink and slip over such loose, uneven terrain.

This disturbs droid's balancing system, which assumes it will step on a hard surface. It becomes perplexed when information from its accelerometers shows that its feet are unsteady, New Scientist reported.


To solve this problem, engineers led by Shunsuke Komizunai of Japan's Tohoku University in Sendai created an adult human-sized robot foot and made it 'tread' with different levels of force in a box full of sand to represent robots of different weights.

The team intends to simulate sand walking in humanoid robots and then regulate control software to deal with different types of sand or loose soil.

According to an Australian study, ten thousand steps a day and pumping iron thrice a week could make employees extra productive and extend their lifespan by five years!

Vent Forte (Theophylline) Sinopril (2mg) (Lacidipine) Blood Donation - Recipients Iron Intake Calculator Turmeric Powder - Health Benefits, Uses & Side Effects Find a Hospital Nutam (400mg) (Piracetam) How to Reduce School Bag Weight - Simple Tips Blood Pressure Calculator The Essence of Yoga
This site uses cookies to deliver our services. By using our site, you acknowledge that you have read and understand our Cookie Policy, Privacy Policy, and our Terms of Use