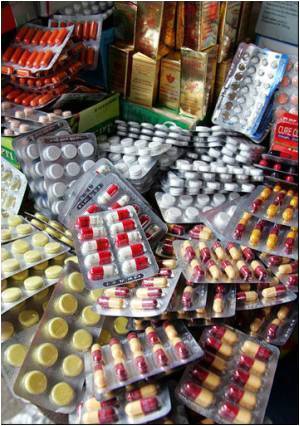 Western Pharmaceutical companies have seized developing countries like India as testing grounds for drugs over the past five years. The reason being the research costs for lucrative products to be sold in the Western nations are very low in developing countries.

According to the Independent, after the relaxation of restrictions on drug trials in 2005, this business has swollen to such a point in India today that over 150,000 people are involved in at least 1,600 clinical trials, which are conducted on behalf of British, American and European firms including AstraZeneca, Pfizer, and Merck.

Chemistry Over The Counter: Is It Just What The Doctor Ordered?

The dynamic field of medical tourism has created new vistas, enabling a panorama of cutting-edge healthcare services across the world.
Advertisement

Between 2007 and 2010, nearly 1,730 people died in India while, or after, participating in such trials, which according to the paper, may be worth as much as 189 million pounds.


Various incidents of such drug trials were carried out in the states of Madhya Pradesh, Andhra Pradesh, as well as in Delhi, the paper said.

The trials involved the recruitment of hundreds of tribal girls without parental consent for an immunisation study that was sponsored by the Bill and Melinda Gates Foundation.

Report of adulteration of medicines, prepared by Divya Yog Pharmacy (owned by Swami Ramdev), with animal and human body parts.
Advertisement
It involved the use of survivors of the poisonous gas disaster in Bhopal as "guinea pigs" in at least 11 trials by drug companies without proper informed consent.

Also, a police investigation in Indore found that dozens of private trials by doctors at a government hospital in the city 'violated the ethical guidelines'. The doctors who conducted the trials decided that not one of 81 cases in which a participant suffered an adverse effect was linked to the treatment.

Campaigners have pointed out that India is a particularly attractive location for researchers not simply because of the lax regulations, but also because of the size and genetic diversity of the 1.2 billion population.

Added to this, almost all doctors speak some English. The infrastructure for such trials, often in the form of government hospitals, is widely available.

According to the paper, India is just one of many developing countries used by leading Western pharmaceutical companies that spent 40 billion pounds in 2010 on research and development.