Spondylolysis, the Back Pain Condition may be Due to Human Evolution

The back pain condition has long been assumed to be the result of increased stress placed on our spine by our unique ability to walk upright on two legs.

"However, there have been few attempts to test this hypothesis," said postdoctoral researcher Kimberly Plomp from Simon Fraser University.


‘People who developed spondylolysis have vertebrae that are more wedge-shaped, where the front is taller than the back, in addition to other subtle shape differences.’


The study, published in Evolution, Medicine, and Public Health, examined why some people are more susceptible to a particular stress fracture known as spondylolysis - a condition that often affects athletes.

The researchers used advanced 3D shape analysis techniques to compare the final lumbar vertebrae of humans with and without spondylolysis to the same bones in our closest living relatives, the great apes.

The differences are consistent with the vertebrae having "overshot" the optimum for walking on two legs, leaving the individual prone to developing spondylolysis, the researchers noted. The latest research is the third study that the researchers have conducted linking vertebral shape and back pain to the evolutionary history of our lineage.

Previously, they have demonstrated that humans with intervertebral disc hernias have vertebrae that are more similar in shape to those of modern chimpanzees and those of our fossil ancestors than are humans with healthy spines.

For decades, scholars have assumed that the reason humans are so commonly afflicted with back problems is because we walk on two legs.

"Our studies are the first to show a clear link between the shape of your vertebrae, bipedalism, and the health of your spine," said Plomp.

Back Pain during Pregnancy
Backache during pregnancy is common, but must not be ignored. Simple management techniques can help to ease back pain.
READ MORE 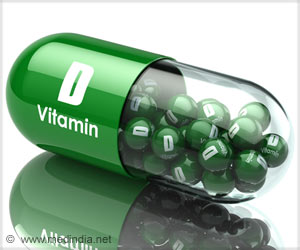 Back Sprain
Back sprain indicates a painful condition caused due to excessive stretching of a muscle or ligament of the back. It results in severe pain and may restrict normal body movements.
READ MORE

How to Reduce School Bag Weight - Simple Tips
Increasing weight of school bags can cause back pain in kids. Types of backpacks for school, carrying the right books and coordinated efforts between parents and school can help solve the problem.
READ MORE