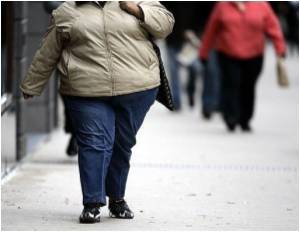 A South Korean company that penalised tubby workers for failing to lose weight was guilty of employment discrimination, the country's human rights watchdog has said.

The National Human Rights Commission accepted an appeal by a 31-year-old researcher at an unidentified electronics parts company, who quit his job after three months because he was pressured to slim down.

It ordered the company to pay five million won ($4,480) in compensation.


The commission said in a statement that as soon as the man joined the firm last April, he was named one of five obese employees forced to join exercise programmes monitored by department chiefs.

A few extra steps a day are enough to keep you fit.
Advertisement
The company said its slimming programme was voluntary, but the rights body cited e-mails from the vice president which named employees who failed to lose weight.

The e-mails ordered company bosses to monitor slimming efforts and urged obese employees to submit resignations in advance in case they failed to meet the weight loss target.

The commission said the firm required workers to get physical checkups and to give reasons if they failed to jog three times a day.

More News on:
Body Wraps for Slimmer, Sexier You

Blood Pressure Calculator Noscaphene (Noscapine) Indian Medical Journals Accident and Trauma Care Blood - Sugar Chart Vent Forte (Theophylline) Find a Hospital Sinopril (2mg) (Lacidipine) Drug Interaction Checker The Essence of Yoga
This site uses cookies to deliver our services. By using our site, you acknowledge that you have read and understand our Cookie Policy, Privacy Policy, and our Terms of Use