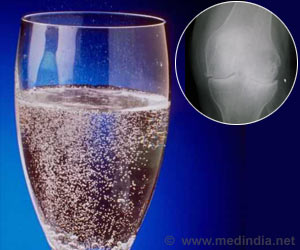 Consumers of soda may be getting a much higher dose of the harmful sugar fructose than they have been led to believe.

This is according to a new study by the Childhood Obesity Research Center (CORC) at the Keck School of Medicine of the University of Southern California (USC), part of Keck Medicine of USC.

Like tobacco, soft drinks too must be targeted with consumer warning labels of risk of obesity and other maladies, say American advocates of a war on soda.
Advertisement

In the study, published online June 3, 2014 in the journal Nutrition, Keck School of Medicine researchers analyzed the chemical composition of 34 popular beverages, finding that beverages and juices made with high fructose corn syrup (HFCS), such as Coca-Cola, Pepsi, Dr Pepper, Mountain Dew and Sprite, all contain 50 percent more fructose than glucose, a blend that calls into question claims that sugar and HFCS are essentially the same.


"We found what ends up being consumed in these beverages is neither natural sugar nor HFCS, but instead a fructose-intense concoction that could increase one's risk for diabetes, cardiovascular disease and liver disease," said Michael Goran, Ph.D., director of the CORC and lead author of the study. "The human body isn't designed to process this form of sugar at such high levels. Unlike glucose, which serves as fuel for the body, fructose is processed almost entirely in the liver where it is converted to fat."

The size of sodas and other sweet drinks are blamed by some for obesity, and New York city took its fight to limit the size back to an appeals court on Wednesday.
Advertisement
The Corn Refiners Association, a trade group representing HFCS producers, has long argued that HFCS is only negligibly different than natural sugar (sucrose), which is made up of equal parts of fructose and glucose. Goran's analysis of beverages made with HFCS, however, showed a fructose to glucose ratio of 60:40  considerably higher than the equal proportions found in sucrose and challenging the industry's claim that "sugar is sugar."

The research also shows that the ingredients on some product labels do not represent their fructose content. For example, Goran's team found that the label on Pepsi Throwback indicates it is made with real sugar (sucrose) yet the analysis demonstrated that it contains more than 50 percent fructose. Sierra Mist, Gatorade and Mexican Coca-Cola also have higher concentrations of fructose than implied by their label. This suggests that these beverages might contain HFCS, which is not disclosed on their labels.

Americans consume more HFCS per capita than any other nation and consumption has doubled over the last three decades. Diabetes rates have tripled in the same period. Much of this increase is directly linked to sodas, sports drinks and energy drinks.

"Given that Americans drink 45 gallons of soda a year, it's important for us to have a more accurate understanding of what we're actually drinking, including specific label information on the types of sugars," said Goran.

The US Food and Drug Administration is planning to review data on whether 4-MeI, a carcinogenic chemical, is produced during the time of manufacturing of caramel-colored soda.
Advertisement
<< Coronavirus Death Toll Rises to 10 in UAE
Light Treatment Improves Sleep, Depression, Agitation In Pe... >>

Water Being Preferred to Diet Sodas as Thirst Quencher

Fructose - The Toxic Sugar
News Archive
News Resource
Advertisement
News Category
How to Decipher a Baby's Cry of Pain? Nurturing Your Financial Well-being Might Slow Down Memory Loss How Microglia Contribute to Alzheimer's Disease? How the Intestine Repairs Damaged Tissue? New Component to Treat Lung Lesions Created
More News
Sign up for Wellness Consult a Doctor Sign up for Selfcare