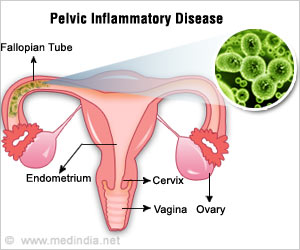 Low HIV and syphilis screening rates were observed among high risk adolescents at the nation's emergency departments, despite the fact that larger hospitals provide such evidence-based care, reveals a new study.

Nearly 1 million cases of pelvic inflammatory disease (PID) are diagnosed each year, and 20 percent of those diagnoses are for females younger than 21. The study was presented during the 2017 American Academy of Pediatrics (AAP) national conference.

Advertisement
‘Increasing screening rates for sexually transmitted infections (STIs) it the emergency department (ED) can create an enormous impact in reducing the incidence of pelvic inflammatory disease (PID) in the community.’

PID is a complication of undiagnosed or undertreated sexually transmitted infection and can signal patients at heightened risk for syphilis or HIV, according to a study led by Monika Goyal, M.D., M.S.C.E., director of research in the Division of Emergency Medicine at Children's National Health System.


"Adolescents account for half of all new sexually transmitted infections (STIs) and often view the emergency department (ED) as the primary place to receive health care. If we are able to increase screening rates for sexually transmitted infections in the ED setting, we could have a tremendous impact on the STI epidemic," Dr. Goyal says.
Advertisement
Although gonorrhea and chlamydia are implicated in most cases of PID, The Centers for Disease Control and Prevention (CDC) recommend that all women diagnosed with PID be screened for HIV and also recommends syphilis screening for all people at high risk for infection.

The research team conducted a cross-sectional study using a database that captures details from 48 children's hospitals to determine how often the CDC's recommendations are carried out within the nation's EDs.

The research team combed through records from 2010 to 2015 to identify all ED visits by adolescent women younger than 21 and found 10,698 PID diagnoses.

The girls' mean age was 16.7. Nearly 54 percent were non-Latino black, and 37.8 percent ultimately were hospitalized.

"It is encouraging that testing for other sexually transmitted infections, such as gonorrhea and chlamydia, occurred for more than 80 percent of patients diagnosed with PID. Unfortunately, just 27.7 percent of these young women underwent syphilis screening, and only 22 percent were screened for HIV," Dr. Goyal says.

Vaginal Douching
Douching is the process of cleansing the vagina with a stream of water or liquid solution for ......

Antibiotics can Cure and Prevent Infertility Caused by Pelvic Inflammatory Disease
Usually antibiotics have to be taken for 14 days, sometimes beginning with a single antibiotic ......