Sand Flea Disease May Develop into a Life-threatening Condition: Here's How 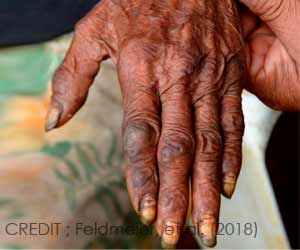 Sand fleas are parasites that burrow into a person's skin, causing extreme pain, infection, and itching. A new study throws light on what happens when sand fleas burrow into your skin. The findings of the study are published in the journal PLOS Neglected Tropical Diseases.

Tungiasis, a tropical disease associated with poverty, is caused by the penetration of female sand fleas into a person's skin, usually in their toes or feet. A team of researchers reports five cases of severe tungiasis to illustrate how the disease may develop into a life-threatening condition.

When the female sand flea (Tunga penetrans or Tunga trimamillata) penetrates the skin, it begins quickly growing. Within days, this growth causes intense inflammation with pain and itching. Generally, once all eggs are expelled into the environment through a tiny hole in the skin, and the parasite has died, symptoms regress. But in endemic settings, residents are frequently re-infected and end up with hundreds or thousands of embedded sand fleas.


‘Tungiasis (also called sand flea disease) is an inflammatory skin disease caused by the penetration of female sand fleas into a person's skin. This causes severe infection with pain and itching, eventually leading to impaired mobility. The study findings suggest that a combination of two dimeticone oils in a medical device called the NYDA (earlier used for treating head lice) is effective in killing hundreds of embedded sand fleas, thereby resulting in resolution of inflammation and restoration of mobility within a week.’

In the new work, Hollman Miller, of the Vaupés Health Department, Colombia, and colleagues studied five patients living in traditional Amerindian communities in the Amazon lowland of Colombia who all presented with very severe tungiasis. Four of the patients were seen in the emergency department of the Mitú hospital, one within the community she was living in.

The patients, who were all partially or fully immobile, each had between 400 and 1,300 penetrated sand fleas in their feet, ankles, knees, elbows, hands, fingers and around the anus. Two patients were cachectic, with weight and muscle loss; one had severe malnutrition, and one needed a blood transfusion due to severe anemia.

The authors show that a characteristic pattern of pre-existing medical conditions and socio-economic and environmental factors determines whether tungiasis progresses into a life-threatening condition.

In addition, they confirmed that a combination of two dimeticone oils in a medical device called the NYDA (previously used for treating head lice) is effective in killing hundreds of embedded sand fleas resulting in resolution of inflammation and restoration of mobility within a week.

"Our findings are a good argument to make a call for action for those countries in which tungiasis occurs in remote settings and where health coverage is poor," the researchers say. "Dimeticone should be made available to treat patients in an early stage of disease to avoid life-threatening sequels."

Vector-Borne Diseases Should be Eradicated: WHO
WHO said that vector-borne diseases like Malaria, Dengue and Japanese Encephalitis could be eradicated through preventive measures and more financial commitment for campaigns against the diseases.
READ MORE 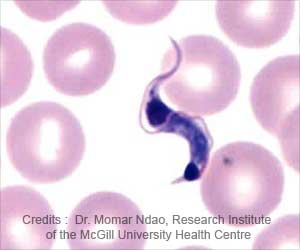 Chagas Disease May Up Chronic Heart Disease Risk
Chagas disease caused by a parasite Trypanosoma cruzi increases the risk of chronic heart disease and has spread to newer areas including the United States.
READ MORE

Keep All Your Medications in Check, Season of Infectious Diseases are Coming
Infectious diseases such as hepatitis and HIV have also shown seasonal characteristics, seasonality may not just occur in common cold finds a new study.
READ MORE