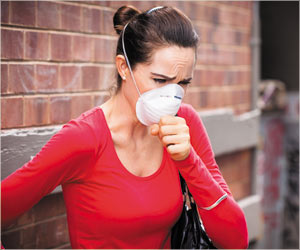 A new study says that a simple saliva test to detect the deadly Ebola infection has been found effective under field conditions in Senegal and Guinea.

The sophisticated point-of-care saliva test can be contained within a suitcase-sized mobile laboratory. Three mobile labs are now deployed in Senegal and Guinea and a test evaluation of 928 samples showed it performs better than a widely used World Health Organization recommended test.

Hepatitis A Virus Likely of Animal Origin Like HIV and Ebola

A large-scale study looking into the evolutionary origins of hepatitis A virus suggests that the virus is of likely animal origin like HIV and Ebola.
Advertisement
‘The sophisticated point-of-care saliva test to detect the deadly Ebola infection can be contained within a suitcase-sized mobile laboratory, and a test evaluation showed it performs better than a widely used World Health Organization recommended test.’

"There are more than 25 laboratories in West Africa and everyone is using different tests," said one of the researchers Manfred Weidmann from University of Stirling, Scotland.


"Ours, which uses a method called recombinase polymerase amplification, was compared to two other tests and results show it can be reliably used without the need for a confirmatory test, and it appears to outperform a widely used WHO recommended test," Weidmann noted.

First Consultants Medical Center officially announced that resident staff and Ebola survivor Dr. Ada Igonoh gave birth to a baby girl a few hours ago.
Advertisement
There has been a huge push for robotic testing systems for Ebola detection, but they are difficult to establish and expensive to maintain.

"Our project has successfully developed and deployed a low cost mobile laboratory using a rapid, highly sensitive and specific assay which can be stored at room temperature and operated by local teams with its own energy supply," Weidmann said.

The results were published in the journal Eurosurveillance.

Soon, Sierra Leone to be Declared Ebola-Free by WHO

Ebola virus has killed 3,589 people in Sierra Leone, and now with no more fresh cases coming up, the WHO is planning to declare Sierra Leone to be ebola-free.
Advertisement
<< Competition Between 'Good Bacteria' in Our Gut is Important
Engaging in Sexual Activity Safe for Most Heart Patients >>

Post-Nasal Drip The Essence of Yoga Drug Interaction Checker Drug - Food Interactions Blood Pressure Calculator Turmeric Powder - Health Benefits, Uses & Side Effects Hearing Loss Calculator Sanatogen Accident and Trauma Care Color Blindness Calculator
This site uses cookies to deliver our services. By using our site, you acknowledge that you have read and understand our Cookie Policy, Privacy Policy, and our Terms of Use