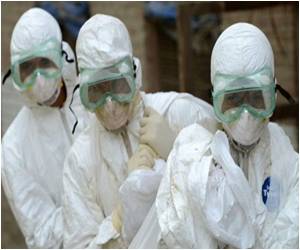 A new study says a mutant form of the H7N9 flu virus that is resistant to frontline drugs is just as contagious as its non-resistant counterpart.

The study, published in the journal Nature Communications, raises a red flag for the virus, which has claimed dozens of lives since its outbreak in February.

H7N9 is believed to have spread to humans from poultry, where it circulates naturally. The UN's World Health Organisation (WHO) says on its website that "so far", no evidence has emerged of "sustained" transmission of H7N9 among people.


Scientists led by Nicole Bouvier at the Mount Sinai School of Medicine in New York analysed an early sample of H7N9 taken from a patient in Shanghai.
Advertisement
Replicating the virus in high-security conditions, they found it had a mutation that made it resistant to the two frontline antiviral drugs -- Tamiflu (lab name oseltamivir) and Peramivir -- and partially resistant to a third drug, Relenza (zanamivir).

The mutant variety of H7N9 replicated as easily and as virulently as the non-mutant strain in human respiratory cells in a lab dish, in mice lungs and in guinea pigs.

The discovery is unusual as "seasonal" influenza -- common-or-garden flu strains that erupt every winter -- typically loses some of its contagiousness when a strain becomes drug-resistant.

Under the principle of "fitness cost," a mutating virus cannot win on every front: when it gains an advantage in one area, it loses something in an another.

The findings mean that health watchdogs will have to be "prudent" in the use of antiviral drugs, said the paper.

It called for tests into when, and at what dosage, these drugs should be used to offer the best chance of hitting a virus at an early stage of infection and minimise the risk of creating resistant strains.

H7N9 erupted in eastern China earlier this year. The first laboratory-confirmed cases occurred among three people in the Shanghai area and were reported on March 31.

In all, 139 human cases of H7N9 have been reported, with 45 deaths, according to the WHO's website.

In an independent comment, Benjamin Neuman, a virologist at Britain's University of Reading, said the findings about H7N9 resistance were "unsurprising," given the recognised ability of flu strains to mutate.

"It is interesting that the virus does not seem to show any ill effects," he told Britain's Science Media Centre.

"But it says more about the limited suitability of drugs like Tamiflu and Relenza, which are not very well suited as single-drug therapeutics, but still have the possibility that they can be useful in combination with other treatments" against bird flu.

Second Bird Flu Case Prompts Hong Kong to Quarantine 19 People
Officials in Hong Kong have confirmed that they have quarantined an additional 19 people after the ....