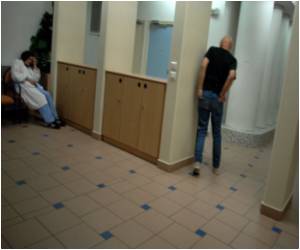 Novel drug target for schizophrenia - devastating mental illness has been identified by researchers.

The study will pave the way for a new class of drugs to help treat this devastating mental illness, which impacts one percent of the world's population, 30 percent of whom do not respond to currently available treatments.

A team of researchers at Mount Sinai School of Medicine set out to discover what epigenetic factors, or external factors that influence gene expression, are involved in this treatment-resistance to atypical antipsychotic drugs, the standard of care for schizophrenia.


They discovered that, over time, an enzyme in the brains of schizophrenic patients analysed at autopsy begins to compensate for the prolonged chemical changes caused by antipsychotics, resulting in reduced efficacy of the drugs.

The human brain is exquisitely intrinsic and is the seat of all emotions. If you are curious about what makes you bad, sad, silly or glad this quiz on the brain will satiate you.
Advertisement
"These results are groundbreaking because they show that drug resistance may be caused by the very medications prescribed to treat schizophrenia, when administered chronically," said Javier Gonzalez-Maeso, PhD, Assistant Professor of Psychiatry and Neurology at Mount Sinai School of Medicine and lead investigator on the study.

They found that an enzyme called HDAC2 was highly expressed in the brain of mice chronically treated with antipsychotic drugs, resulting in lower expression of the receptor called mGlu2, and a recurrence of psychotic symptoms.

A similar finding was observed in the postmortem brains of schizophrenic patients.

The research team administered a chemical called suberoylanilide hydroxamic acid (SAHA), which inhibits the entire family of HDACs. They found that this treatment prevented the detrimental effect of the antipsychotic called clozapine on mGlu2 expression, and also improved the therapeutic effects of atypical antipsychotics in mouse models.

Previous research conducted by the team showed that chronic treatment with the antipsychotic clozapine causes repression of mGlu2 expression in the frontal cortex of mice, a brain area key to cognition and perception.

The researchers hypothesized that this effect of clozapine on mGlu2 may play a crucial role in restraining the therapeutic effects of antipsychotic drugs.

"We had previously found that chronic antipsychotic drug administration causes biochemical changes in the brain that may limit the therapeutic effects of these drugs," Dr. Gonzalez-Maeso said.

"We wanted to identify the molecular mechanism responsible for this biochemical change, and explore it as a new target for new drugs that enhance the therapeutic efficacy of antipsychotic drugs," Dr. Gonzalez-Maeso said.

"We found that atypical antipsychotic drugs trigger an increase of HDAC2 in frontal cortex of individuals with schizophrenia, which then reduces the presence of mGlu2, and thereby limits the efficacy of these drugs," Mitsumasa Kurita, PhD, a postdoctoral fellow at Mount Sinai and the lead author of the study, said.

The study was recently published online in Nature Neuroscience.

Inflammation in the Brain Seen in 40% of Schizophrenia Victims