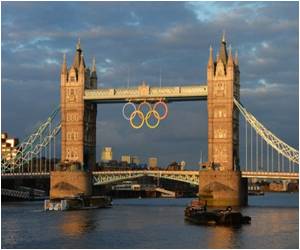 According to a recent report, the London Olympics 2012 has been declared the greenest Olympics ever.

The independent Commission for a Sustainable London 2012 said recycling and regeneration had been a success at the London Olympics, but claimed that much more could be done to minimise the impact of future Olympic Games on people and the planet.

London Olympics 1948: A Blast From The Past

The razzmatazz of the London 2012 Olympics is a world away from the last Games held in London in 1948.
Advertisement


According to the report, previous Olympics have reportedly been criticised for the environmental damage that they caused through waste, construction and transport.

Fashion Critics Not Impressed by Display in London Olympics

Fashionistas keeping a keen eye on the London Olympics would have been disappointed with critics giving mixed reactions to various outfits on display.
Advertisement
The commission said that sustainability was at the heart of London's bid for the Olympics and the organisers had largely succeeded in achieving it.

The Olympic Park was also praised for regenerating a derelict area and benefiting wildlife, and the commission said it was amazed by the success of public transport.

It has been revealed that the London Olympics has given a boost to retailing and tourism in the country.
Advertisement
<< Persistent Snoring in Children Linked to Problem Behaviors ...
Scientists Discover How Stress, Depression Shrink Brain >>