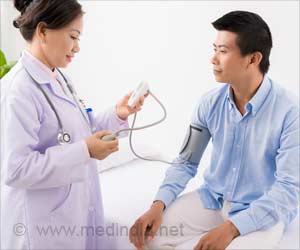 Patients who monitor their blood pressure regularly at home and take a day-to-day care have significantly lower blood pressure than who are managed exclusively in the clinic, according to a study by researchers from the Universities of Birmingham, Oxford and Cambridge. The findings of the study are published in the journal The Lancet.

Called the TASMINH4 trial, it involved more than 1,000 patients with poorly-controlled blood pressure who were recruited through 142 general practices in England.

Advertisement
‘Self-monitoring of blood pressure can become the cornerstone of hypertension management in primary care.’

Sometimes described as a 'silent killer', high blood pressure - also known as hypertension - affects more than one in four adults in England. While often preventable, it is a leading cause of cardiovascular disease and the biggest risk factor for death and disability internationally.


Long-term hypertension control involves regular blood pressure checks by a health professional so that medication can be adjusted accordingly, yet this can be a challenge to manage in primary care despite the wide availability of effective treatments.
Advertisement
Internationally, surveys have found up to 70% of people with hypertension self-monitor their blood pressure from home, yet in the UK this figure is much lower at around 30%. In the NHS, offering patients their own blood pressure monitor has been controversial due to contradictory evidence and concerns that patients can be anxious about self-monitoring.

Dr James Hodgkinson, of the University of Birmingham's Institute of Applied Health Research, said: "The success in controlling blood pressure from the use of self-monitoring, and a lack of adverse events, suggests that the technology is now ripe for wider implementation in daily practice and in national and international guidance.

"With most general practitioners and many patients using self-monitoring, it could become the cornerstone of hypertension management in primary care."

Lead author Professor Richard McManus, an Oxfordshire GP and NIHR Professor of Primary Care at Oxford University's Nuffield Department of Primary Care Health Sciences, said: "We now have conclusive evidence that GPs can use the readings from patients who self-monitor their own blood pressure to achieve significantly lower blood pressure after 12 months compared with conventional approaches.

"For faster, more efficient blood pressure reduction, using telemonitoring could be worthwhile for some patients. Enabling the patient to text their readings to their GPs and nurses, with alerts and feedback for both patients and GPs, could be particularly advantageous in today's NHS where doctors feel increasingly overwhelmed by the quantities of data they deal with on a daily basis."

The telemonitoring system automatically alerted patients if the reading was high, low or normal, along with SMS reminders to prompt patients to send their readings or contact the clinic if their average blood pressure meant their medication needed to be adjusted. GPs were able to access a digital 'dashboard', including graphical displays of blood pressure readings, and had the option to message their patients through the system. Those in the postal group only had access to a colour chart to decide whether to contact their clinic for medication adjustment.

Co-author Professor Jonathan Mant, of the University of Cambridge, said: "Sixteen million people in the UK have high blood pressure and should be offered the option of self-monitoring to control their hypertension.

"Those who find it particularly challenging to get to their GP due to work commitments would benefit from the telemonitoring system developed in this trial, which could be adapted into a readily-available smartphone app and incorporated into existing clinical patient record systems.

"We are currently looking at whether telemonitoring is cost-effective to warrant its inclusion in clinical guidelines."

The target blood pressure used by the trial was lower than previous self-monitoring trials to reflect evidence that blood pressure readings are lower at home than in the clinic.

Source: Eurekalert
Advertisement
<< Novel 3-D Simulation can Reveal Collaborative Mechanisms of ...
Here's What Happens in the Brain during Unconsciousness >>

High Blood Pressure can Lead to Organ Damage Among Teens
High BP in youth is defined differently than it is in adults. In childhood, high blood pressure is ....

What Should be the Ideal Blood Pressure While Taking Exercise Tests?
Revision of the old guidelines used to evaluate an individual's highest blood pressure during ......