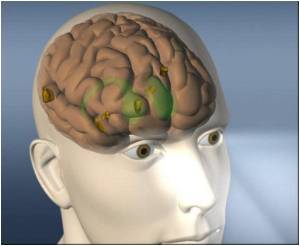 Leisure times are not always a time of enjoyment for people with autism. When people with autism are given the freedom to choose their own leisure activities an improvement in communication and social skills was reported, say researchers.

"For many of us, we look at recreation as a time to spend on activities that are fun and that are designed for our enjoyment," said John Dattilo, professor, recreation, park and tourism management, Penn State. "But for some people with disabilities, particularly those who have autism, these activities can be a source of frustration, simply because they didn't have a chance to make their own leisure choices."

Dattilo said that a group of 20 autistic adults who participated in a yearlong recreation program that offered them a chance to choose activities, scored higher on personality tests that measure social and communication skills than the control group of 20 autistic adults who were randomly assigned to the program's waiting list. Participants met for two hours each weekday and could choose among several activities that promoted engagement and interactivity, including games, exercises, crafts and events.


The researchers, who released their findings in the current issue of Research in Autism Spectrum Disorders, said that after completing the program, participants showed significant improvement at recognizing and labeling emotions. The participants scored about 24 percent higher than the control group in the ability to recognize emotions in a person in a picture. The score of the participants' ability to label those emotions correctly was 50 percent higher than the control group's score.

A new research study seems to indicate that measuring brain activity in infancy would help in identifying the potential risk of autism.
Advertisement
Since people with autism are less willing to interact socially, caregivers are particularly interested in programs that help improve social and communication skills, according to Dattilo, who worked with Domingo Garcia-Villamisar, professor, psychopathology, Complutense University of Madrid Spain.

"The big measure for us in this program was the improvements in social behavior and interaction," said Dattilo. "The defining quality of people with autism is that they have difficulty in social situations."

The participants also improved their ability to carry out executive functions, such as setting goals and maintaining attention.

Dattilo said recreation programs that encourage people with autism to make their own leisure choices create a cycle of increasing independence, rather than a pattern of reliance on caregivers to provide recreational activities.

"While people are learning, you can also give them choices," said Dattilo. "And as they make those choices, they are also learning and are empowered to make even more choices."