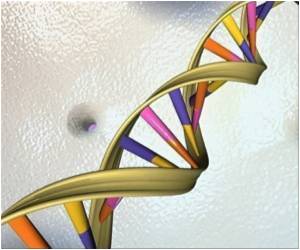 Researchers from Iowa State University have identified a protein pathway that may aid to solve the secret behind Parkinson's disease. Anumantha Kanthasamy, a distinguished professor of biomedical sciences and the W. Eugene and Linda R. Lloyd Endowed Chair in Neurotoxicology at the ISU College of Veterinary Medicine, believes this recent discovery offers hope for the cure.

Now, Kanthasamy has shown how to modify the production of the kinase-C, and, more important, how to inhibit it.


The process begins with a protein called alpha-synuclein (?-synuclein) that - after interacting with other proteins in cells - becomes part of the protein complex that modifies kinase-C level in the cells.

The most amazing and complex organ in the entire universe, the human brain continues to remain an enigma.
Advertisement
One of the proteins that alpha-synuclein interacts with inside the cell is known as p300. By changing the activity of p300 protein, Kanthasamy believes that production of the destructive kinase-C will be inhibited.

"We have identified an essential pathway that regulates the survival of dopamine-producing nerve cells. This p300 is an intermediate protein that is implicit in the Parkinson's disease," he said.

"By modifying this protein, we can potentially reduce the expression of kinase-C and the associated destructive effects on dopamine-producing cells."

"We found the mechanism. Now we can focus on finding chemicals that may be able to control the mechanism." said Kanthasamy of the pathway.

The research has been published in the Journal of Neuroscience.

The Central nervous system consists of the brain, the spinal cord, and the body's nerve network. This complex system is based on one kind of cell the neurons.
Advertisement
<< Recreation Programs Benefit Autistic People
Obesity Linked to Breast Cancer >>

More News on:
Magical Millets for Your Health Diet and Nutrition Tips for Athletes Nutritional Management of Parkinsons disease