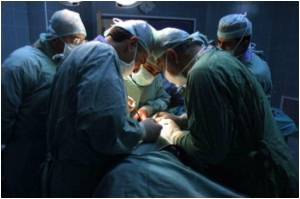 A 55-year old man who underwent a rare double transplant has displayed a faster than normal recovery and can wiggle his fingers just a week after the surgery.

Richard Edwards suffered severe burn injuries to his hands in 2000 and struggled to perform simple tasks such as eating food or holding a small item in his hand.

He struggled with depression for nearly four years before undergoing the surgery last week.


Doctors revealed that they were able to route his existing nerves into the donor hands, adding that he will soon be able to do small things once again. Speaking out on the surgery, Edwards said "I feel fantastic. I'm feeling very blessed and thankful for having a new pair of hands."

Medical Tourism has become a serious enterprise in India over the last two years. However some hospitals have been practicing it for quite a few years.
Advertisement
Advertisement
This site uses cookies to deliver our services.By using our site, you acknowledge that you have read and understand our Cookie Policy, Privacy Policy, and our Terms of Use  Ok, Got it. Close
×