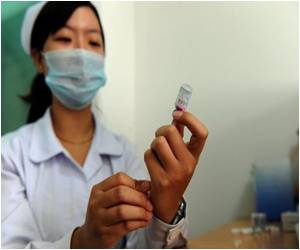 "We are pleased this outbreak is over," said CDPH director Karen Smith, who nevertheless warned that it could reappear in the state at any time. "The best defense for protection against the highly infectious measles is vaccination," she said.

The outbreak began at a Disney theme park, and researchers have said it was able to spread because not enough children were being vaccinated. Measles is a highly contagious disease that causes a rash and fever, and can lead to complications ranging from brain damage to hearing loss and blindness. In rare cases, it can result in death.


Nationwide, 159 cases of measles have been reported since January 1 in 18 states and the District of Columbia, the federal Centers for Disease Control says. Besides California, the hardest hit states have been Illinois, Washington, Nevada and Arizona, according to data on the CDC website.
Advertisement
While not endemic to California, the CDPH said measles can circulate "when a contagious, infected person enters the state and exposes others." Two doses of the MMR vaccine are more than 97 effective in preventing measles, it said.

But many parents have refused to let their children be vaccinated, fearing a link between MMR and autism  a link that experts have discredited.

Why is Measles Spreading in US?
Low vaccine rate among children in certain parts of America seems to be the cause of ......

Measles Cases in Canada Jumps to 119
The number of cases of measles has gone up to 119 (from 32 in February) in the Quebec province in .....

WHO Calls for Measles Vaccination in Europe
The World Health Organization (WHO) called on European nations to step up vaccinations against the ....