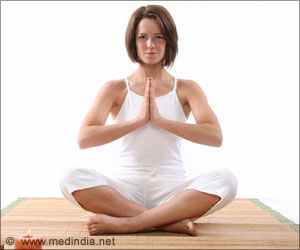 After inaugurating the 21st international conference on Frontiers in Yoga Research and its Applications (INCOFYRA) organized by the Swami Vivekananda Yoga Anusandhana Samsthana (S-Vyasa) Institute at Jigani, about 30 km from Bengaluru, Prime Minister Narendra Modi emphasized the importance of bridging the gap between various forms of medicine systems.

"It is in this spirit that Swami Vivekananda called for combining the best from the East and the West. So, it must be in the area of health care. My vision for health care is an integrated system that understands and builds on the best and most effective of different traditions," Modi said.

There is a need to pay attention to the cleanliness at the tourist spots across the country, said Prime Minister Narendra Modi.
Advertisement
‘Narendra Modi emphasized the importance of bridging the gap between various forms of medicine systems to boost healthcare in India.’

He said all medicinal practices aim to cure the person's disease at various levels and it is must that traditional medicines and Yoga are integrated with Healthcare in India.


"I am not here to advocate the supremacy of one system over another. I believe that humanity is wealthier for its diversity. Civilizations, cultures and countries have enriched each other by sharing their knowledge and wisdom. And, we can progress more by learning from each other," he said.

Yoga to be Introduced in Tripura Government Schools

Yoga would be introduced as a subject in government-aided schools in Tripura from classes one to eight from next academic year beginning January.
Advertisement
"The world is embracing traditional Indian medicine with great enthusiasm. Across cultures and geography, people are increasingly taking to yoga to redefine their lives, to find oneness between inner self and outer world," he said.

WHO Studies show that India stands to lose about $4.58 trillion before 2030 due to non-communicable diseases and mental health conditions.

"This is where the role of Yoga is paramount. Across the world, there are moving stories of transformed lives and rekindled hopes due to Yoga. The prediction of Shri Aurobindo that Indian Yoga is potentially one of these dynamic elements of the future life of humanity is coming true," he added.

The central government launched a research program, that will encourage research on the effects of Yoga and meditation on physical and mental health.
Advertisement
<< Mumbai Records Youngest Heart Transplant With An Interstate ...
Toddlers Consume 22kg of Sugar a Year, Increasing Their Risk... >>