Pregnant Women with Asthma Likely to Give Birth to Underweight Babies 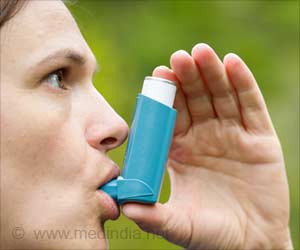 Pregnant women with asthma are at an increased risk of giving birth to underweight babies and very often suffer from preeclampsia (PE), reveals a new study.

These and other complications during pregnancy and delivery cannot be explained by hereditary or environmental factors, according to a study from Karolinska Institutet published in The Journal of Allergy and Clinical Immunology: In Practice.

Asthma is a common disease caused by chronic inflammation in the lungs with symptoms of coughing and breathlessness, and affects between 8-10 percent of women of childbearing age in Sweden.


Using data from the Swedish birth, prescribed drug and patient registers, researchers at Karolinska Institutet have been able to examine the link between asthma in pregnant women and pregnancy/delivery outcomes.
Advertisement
Studying more than 1 million births to just over 700,000 women between 2001 and 2013, they found that 10 percent of the babies born had a mother with asthma.

"Four percent of all pregnant women develop preeclampsia. We found that the risk of preeclampsia is 17 percent higher in women with asthma compared to women without asthma", says the study's lead author Dr Gustaf Rejnö, obstetrician and doctoral student at Karolinska Institutet's Department of Medical Epidemiology and Biostatistics.

To ascertain whether the complications could be attributed to hereditary or environmental factors, the researchers also identified the women's asthma-free cousins and sisters who had given birth during the same period.

On comparing the groups they found that the correlations between maternal asthma and complications during pregnancy and delivery held.

"It seems to be the asthma per se that causes these complications," says Dr Rejnö.

"This means that well-controlled asthma during pregnancy could reduce the relative incidence of complications during pregnancy and childbirth. In an earlier study we saw that this was indeed the case."

Pregnancy may Delay in Women With Asthma
New research suggests that women with asthma could take longer to conceive....

No Link Found Between BCG Vaccine and Childhood Asthma
BCG vaccine that was previously thought to be a preventive measure for childhood asthma was found .....

Asthma Medication may Have Psychiatric Side Effects
Asthma medications linked to neuropsychiatic reactions such as depression and aggression with ......