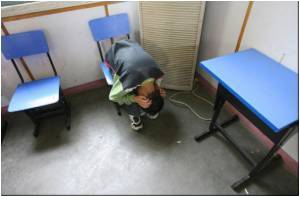 Researchers are focusing on prairie voles as the new animal model to screen the effectiveness of drugs that are used to treat autism.

Researchers at the Center for Translational Social Neuroscience (CTSN) at Emory University are starting with D-cycloserine, a drug Emory researchers have shown enhances behavioral therapy for phobias and also promotes pair bonding among prairie voles. Giving female voles D-cycloserine, which is thought to facilitate learning and memory, can encourage them to bond with a new male more quickly than usual.

The results are published online and will appear in a future issue of Biological Psychiatry.


"The prairie vole model has enabled us to learn about complex neural pathways in social areas of the brain," says senior author Larry Young, PhD. We believe these insights will be useful in identifying drugs that enhance social cognition and learning. Drugs with these properties, particularly when combined with behavioral therapies, may be beneficial in the treatment of autism spectrum disorders."

Attention Deficit Hyperactivity Disorder (ADHD) is a neurobiological disorder that affects normal behavior and impairs the ability to concentrate.
Advertisement
Young is division chief of Behavioral Neuroscience and Psychiatric Disorders at the Yerkes National Primate Research Center, William P. Timmie professor of psychiatry and behavioral sciences at Emory University School of Medicine and director of the Emory CTSN.

He and his colleagues have been studying the prairie vole for more than 15 years as a model to explore the neurobiology of prosocial behaviors, including cooperation, compassion, bonding and social reciprocity. Now, they are hoping to identify drugs that can enhance social learning in individuals with autism spectrum disorders, and they think the process of pair bonding in the prairie vole may be a useful tool for identifying new therapies.

The prairie vole is one of the few species in nature that is monogamous and that creates deep social bonds while mating, Young says. The basic mechanisms of voles' and humans' social learning are similar enough that the learning that occurs during voles' pair bonding can model complex human social interactions, he says. Young and his colleagues have used voles to show the importance for social interactions of hormones such as oxytocin, which has also been proposed as a treatment for autism spectrum disorders.

The first author of the paper is Emory graduate student Meera Modi. She showed that D-cycloserine promotes pair bonding in prairie voles when it is injected peripherally. By infusing the drug directly into specific regions of the brain, she also showed the importance of two regions linked to social learning and reward, the nucleus accumbens and amygdala.

"We think D-cycloserine interacts with the brain's social information processing circuits to enhance the natural learning processes that occur there," Modi says.

With voles, the "partner preference paradigm" works like this: sexually na've females are placed with sexually experienced males for six hours of cohabitation. The females are not ovulating and no mating occurs. Normally, pair-bonding requires more time -- 24 hours -- and mating is necessary.

Later, the females are given a choice between spending time with the newly familiar male and a stranger; researchers then measure how much time they spend with each male over the next three hours. When a low dose of the drug D-cycloserine is injected at the start of cohabitation, the female prefers the familiar male by a factor of at least four. Without the drug, the female doesn't markedly prefer either male.

Emory researchers have shown D-cycloserine can be used to treat psychiatric diseases such as phobias and social anxiety. It is now in clinical trials for treatment of post-traumatic stress disorder. D-cycloserine is thought to enhance learning by acting on receptors for the neurotransmitter glutamate.

Autism spectrum disorders affect one in 110 children in the United States, according to the Centers for Disease Control and Prevention. Currently there are no drugs that specifically target social deficits found in individuals with autism, Young notes. Most drugs now prescribed for individuals with autism were originally developed for other disorders such as depression or schizophrenia.

Same Gene Mutation Behind Both Autism And Epilepsy