Positive and Negative Aspects of Aging 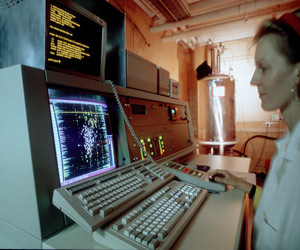 We age because over the years the cells in our bodies begin to malfunction. This is the general view that scientists hold of the aging process. For example, in older people the cells' internal quality control breaks down.

This control function usually eliminates proteins that have become unstable and lost their normal three-dimensional structure. These deformed proteins accumulate in the cells in a number of diseases, such as Parkinson's and Alzheimer's.

For Yves Barral, Professor of Biochemistry at ETH Zurich, the view of the aging process as a consequence of flawed cell function and disease is too narrow.
Advertisement
‘American scientists demonstrated that mice with accumulations in their nerve cells exhibit a more stable long-term memory.’

For Yves Barral, Professor of Biochemistry at ETH Zurich, the view of the aging process as a consequence of flawed cell function and disease is too narrow. It ignores the fact that the mentioned so-called prion-like protein accumulations could have a positive effect, too, and therefore should not be referred to as cellular malfunction, he says.

Barral drew this conclusion based on his research on yeast cells. He and his colleagues recently found in these cells a new type of protein aggregate, which appears as the cells get older. As the scientists were able to show, these protein aggregates do not arise as the result of a cell's malfunctioning internal quality control. On the contrary: in yeast cells with such aggregates, quality control functions even better. "It certainly seems that these aggregates help yeast cells to cope with the physiological changes caused by aging," says Juha Saarikangas, a postdoc in Barral's group and first author of the recent study in the journal eLife. "We are very exited to learn what type of information is stored in these structures."

Having More Children Slows Down the Process of Aging in Women

A study by Simon Fraser University researchers suggests that the number of children born to a woman influences the rate at which her body ages.
Advertisement
The scientists assume that these age-associated aggregates are formed by several different proteins. The researchers have already identified one prion-like protein that is part of the accumulations. What other proteins are involved and why the aggregates remain in the parent cells during cell division are subjects of further research.

Only in recent years have scientists speculated that aggregating proteins in the cells can generally play a positive role. Barral and his research group showed back in 2013 that yeast cells memorise experiences related to unsuccessful sexual reproduction attempts in the form of aggregated proteins. These aggregates - which are not identical to the newly discovered age-associated accumulations - thus serve as molecular memory for yeast cells. Even in mice there is a positive relationship between prion-like aggregates and memory. A few months ago, American scientists demonstrated that mice with such accumulations in their nerve cells exhibit a more stable long-term memory.

"Bad end to a good thing"

Whether such age-associated protein accumulations are primarily a malfunction or a normal function of healthy cells is for Barral a scientific question - one in which philosophy also plays a role: "Our western society understands aging as something that is predominantly negative, a disease that has to be combated," he says. "This thinking is reflected in the work of many scientists, whose research on aging focuses on finding defects in cells." Other societies, however, place more value on the positive effects of aging, such as increased experience and knowledge - a view that corresponds with the newly discovered role of aggregates as information storage or memory for cells.

"We're still a fairly small group of scientists who say: aggregate proteins are not pathological - they are neither an accident nor a defect," says Barral. Rather, these proteins aggregate because it is their normal function. Diseases such as Parkinson's and Alzheimer's only arise when the system becomes imbalanced and too many prion-like proteins accumulate in the wrong place in the cells. Barral continues: "There are two aspects to aging. Yes, you die at the end of the process, and this is negative. But you die wise. And Alzheimer's is perhaps a bad end to a good thing."

Lipoprotein nanoplatelets have long-term stability in biological buffers and high salt solutions and are highly fluorescent with brightness when measured in a solution.
Advertisement
<< Hematopoietic Stem Cells Regulate Their Own Proliferation
Introverts Are Uncomfortable In Modern Office Features >>

Scientists at Stanford have now developed a new set of dyes that can perform better than indocyanine green while being rapidly washed away by the body.

How to Reduce School Bag Weight - Simple Tips Drug Side Effects Calculator Loram (2 mg) (Lorazepam) Find a Doctor A-Z Drug Brands in India Daily Calorie Requirements Blood Donation - Recipients Turmeric Powder - Health Benefits, Uses & Side Effects Vent Forte (Theophylline) Find a Hospital
This site uses cookies to deliver our services. By using our site, you acknowledge that you have read and understand our Cookie Policy, Privacy Policy, and our Terms of Use