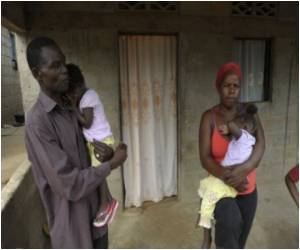 Linda Afonso a 13 year old girl's right leg is stiff and she is not aware of the name of the disease because polio was eradicated in Angola in 2002, shortly after she caught it.

The 13-year-old lives in Cacuaco, a sprawling slum in the northern suburbs of the Angolan capital, Luanda. When she was a small child, her leg became partially paralysed. "My parents took me to the hospital, but they couldn't do anything," she said.

Despite Angola's crumbling health infrastructure and poor sanitation in the slums of Luanda -- where thousands of refugees fled during the country's 27-year civil war -- health workers managed to eliminate new polio infections from 2002 to 2005.


But just as anti-polio campaigners chalked up another victory in the international fight against the disease, a strain of the virus reappeared, thought to have been carried by Indian workers employed on post-war rebuilding projects.

Cholera is an infection of the small intestine and is caused by the bacterium Vibrio cholerae.
Advertisement
In 2010, Angola registered 32 new cases of polio in the Luanda area, in the east of the country and in the exclave province of Cabinda.

The virus also spread to two neighboring countries where it had been considered eradicated -- 93 cases were reported in the Democratic Republic of the Congo (DRC) and 50 in Congo.

The region was responsible for two-thirds of the cases recorded in Africa last year.

"We imported the polio virus from India and unfortunately exported it to Congo and the DRC," Health Minister Jose Van-Dunem told AFP.

"That's why we have the responsibility, from a moral standpoint, to eradicate it."

A high-level delegation from various international organisations, including the United Nations Children's Fund (UNICEF), last month visited Angola and extracted a promise from President Jose Eduardo dos Santos of his "personal commitment" to the anti-polio campaign.

The government has pledged to vaccinate Angola's 5.6 million children under the age of five by the end of the year.

"Angola now is almost the most important front in the global war on polio, and the whole world is watching to see how we do here," UNICEF Executive Director Anthony Lake said during the visit.

"The (vaccination) campaign's beginning in a couple of months here. We hope that with the support of the president we will succeed next year and that will be a giant step forward to what would be an historic moment."

But tackling the polio resurgence will take more than just vaccinations.

Health officials also face the difficult job of bringing clean water to more households and building infrastructure for sanitation and water treatment, since polio is highly contagious and is transmitted through faeces.

During rainy season in the slums of Luanda, water floods the streets and forms muddy puddles that pose a health threat to neighbourhood children.

These areas also suffer severe shortages of drinking water. The luckier households have access to public taps, others spend much of their income on bottled water.

On the road to Cacuaco, at the spot where an open sewer spills into Luanda Bay, dozens of children are playing in a stream of dirty water.

"This stagnated water is like fire to these children, because it's definitely contaminated with faeces and other bacteria," says Edson Monteiro, a water and sanitation expert with UNICEF in Angola.

"While they're playing, water can come into their mouth and they can contract cholera or polio."

Microsoft co-founder turned philanthropist Bill Gates calls on donors to help him wipe out polio once and for all at an event on Monday.
Advertisement
<< 3 Ingredients in Family Mealtimes
Researchers Capture 'Jumping Genes' >>