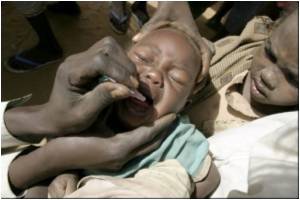 For the first time, bivalent oral polio vaccine (BOPV) has been used in the Pulse Polio drive in Mumbai. This phase saw a good turnout with 60% of children under the age of 5 receiving a single drop of the BOPV instead of the usual two-drops.

"Every Pulse Polio Drive, we used monovalent vaccine that fights either against the P1 strain or the P3 strain. But this year, the bivalent vaccine was sent to us, which protects the child from both the strains,' said Dr Mangala Gomare, who oversees the civic vaccination program.

She added that the bivalent vaccine was effective against P1 and P3 strains and had already been tested in states like Bihar and Uttar Pradesh.


There were700 fresh cases of polio in India in 2009. Of these 641 were caused P3 strain. Dr Gomare added that the civic authorities planned to launch door-to-door campaigning starting Monday to cover the remaining children.

Hypermobility Syndrome is a condition in which a person can move his joints far beyond the normal ...