Patent Approval for Products of Living Cell Technologies and HealthLinx 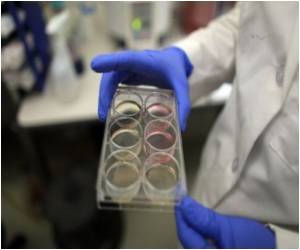 Encapsulation technology, IMMUPEL, by Living Cell Technologies (ASX:LCT) has received an Australian patent , while HealthLinx (ASX:HTX) has received a UK patent for its OvPlex diagnostic technology.

IMMUPEL holds the technology for encapsulation of living cells, which can be transplanted into patients. Since the encapsulated cells are protected from the immune system, there is no need for immunosuppressant drugs. An example of this technology is LCT's DIABECELL, which encapsulates porcine insulin-producing cells, that are later injected into patients with Type 1 diabetes.

HealthLinx (ASX:HTX), the Melbourne-based company has also received patent approval for its OvPlex diagnostic product from the UK patent office. The product basically searches for biomarkers in a sample of blood to detect the presence of ovarian cancer.

In an audacious move, China had moved to patent the health benefits of pudina, but this bid was foiled by India
Advertisement
<< Survey Finds Hospitals are Denying Appointments to Cut Cost...
Brain Chemicals Vital in Deciding Love Interest >>

US Stem Cell Research is Being Hindered by Rush for Patents

Experts have said that cures for paralysis, blindness and diabetes could all be in reach with embryonic stem cell research, but the pursuit of medical progress is being choked

Online retailer Amazon.com has come up with a procedure, which will allow recipients to stay away from undesirable gifts and save millions of dollars spent on repacking, labeling and shipping.
Advertisement
News A-Z
A B C D E F G H I J K L M N O P Q R S T U V W X Y Z
What's New on Medindia