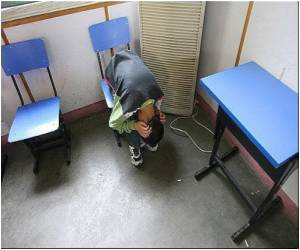 Analysis of data taken from a detailed study of families of adolescents and adults with autism has discovered that parents of grown children with autism are more likely to divorce than couples with normal children.

The study is the first to track marital history of parents of adult children with autism.

The study compared the marital fates of 391 couples - the parents of adolescent and adult children with autism - to a sample drawn from another large longitudinal study, the National Survey of Midlife in the United States (MIDUS).


The goal of the study was to document the rate and timing of divorce of parents of children with autism, explains Sigan Hartley, a UW-Madison assistant professor of human development and family studies and lead author of the report.

"There seems to be a prolonged vulnerability for divorce in parents of children with autism," says Hartley.

"Typically, if couples can survive the early child-rearing years, parenting demands decrease and there is often less strain on the marriage. However, parents of children with autism often continue to live with and experience high parenting demands into their child's adulthood, and thus marital strain may remain high in these later years."

The study has been published in the August issue of the Journal of Family Psychology by researchers from the University of Wisconsin-Madison's Waisman Center.

Rett Syndrome is a neurological disorder that affects development. It mostly affects the girl ...