Spain's health ministry approved on Wednesday a new government protocol, which will require parents to sign a declaration promising their daughters will not undergo female genital mutilation when they visit nations where the practice is common.

According to the World Health Organization (WHO), more than 125 million women have been mutilated in 29 countries in Africa and Middle East. Female genital mutilation ranges from the hacking off of the clitoris to the mutilation and removal of the entire female genitalia, and is carried out from the youngest babies to teenagers; and the WHO has condemned this practice as a 'violation of the human rights' of women.


Female genital mutilation is illegal in Spain. But, is often carried out in secret, in basic conditions without anesthetic. Apart from the intense pain, immediate dangers include bleeding and infection. In the long term, risks include infertility and complications during childbirth, sometimes resulting in the death of the baby.


Nieves Crespo, who manages female genital mutilation prevention programs for the Union of Family Associations said, "There is no evidence that mutilations are carried out in Spain, but that parents take advantage of trips with their daughters to have it done."

The new protocol by the Spain government requires pediatricians to inform parents about the health consequences of the practice and ask them to sign a document reading- "I promise to look after the health of the minor(s) who I am responsible for and prevent genital mutilation and come to a medical review after returning from the trip." Once the family returns to Spain, the girls will undergo an examination again by a doctor, who can start legal action against the parents if it is found that the minors underwent female genital mutilation during their trip.

The measure is part of a comprehensive strategy for preventing, detecting and treating the practice among at-risk populations in Spain, and if any parent refuses to sign the documents, doctors will have to inform judicial authorities, who can put in place precautionary steps to prevent female genital mutilation from happening.

Spain Reports Record Number of Foreign Tourists in First Half
The government said that a record 28 million foreign tourists flocked to Spain during the first half of the year, with British and German holidaymakers leading the wave.
READ MORE

WHO Declares Spain Officially Free of Ebola
Spain for officially declared to be free of Ebola after going a month and a half with no new cases since an infected nurse successfully beat the disease.
READ MORE 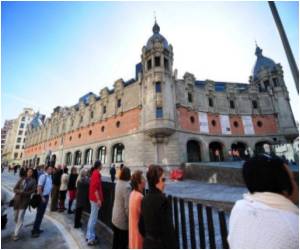 Spain's Association for Blind Puts Disabled to Work
Forty-six-year-old Spaniard Ricardo Velesar struggled to hold down a job as a degenerative eye disease slowly robbed him of his sight, after completing high school.
READ MORE