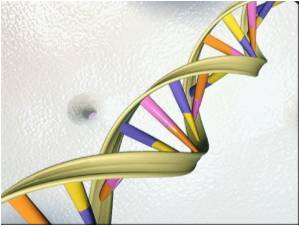 The study, conducted by scientists at the University of Rochester Medical Center, is based on an analysis of more than 100,000 genetic snippets of a virus known as SIV, or simian immunodeficiency virus, which infects monkeys and is a close cousin of HIV.

While HIV has flummoxed scientists for nearly three decades, that's certainly not because our immune system fails to respond. Rather, within two or three weeks of infection, the onslaught of immune cells puts the virus on the run to such an extent that the virus must mutate rapidly to evade the body's defences.


HIV changes quickly and continually, creating thousands and thousands of mutated versions of itself in a process called "viral escape." The virus changes; the immune cells hunting it down change in response; and the virus changes again, and so on, in a kind of molecular arms race.

Describes how screening for HIV is performed in a laboratory.
Advertisement
Lead investigator Ha Youn Lee, the assistant professor in the Department of Biostatistics and Computational Biology, said: "Viral escape is a significant phenomenon in HIV - it's what allows HIV to elude the immune system.

"The dynamics in the earliest stage of infection by HIV are incredibly complex, and understanding what happens is crucial for developing a vaccine."

For the study, Lee's team applied a mathematical model to data originally gathered by David O'Connor, at the University of Wisconsin at Madison, who studies how SIV evolves.

Lee's team analysed the genetic features of three key sections of the SIV genome as they changed during the first few months of infection in eight macaque monkeys, part of an effort to quantify how quickly the process of viral escape occurs.

The research took advantage of a method known as ultradeep sequencing, which provides hundreds or thousands of glimpses of a single genetic change, compared to approximately 50 or so looks using conventional methods.

Lee said: "This new technology is very exciting. It allows us to look at the earliest stages of infection in more depth than we could otherwise, and to quantify exactly what is going on in the body. If we can understand it more completely, we can fine-tune vaccines under development."

As expected, the team found that immune cells known as CD8+ T-lymphocytes, also known as cytotoxic T cells, are a powerful force in the life of SIV when it first causes infection.

While scientists have known that the CD8 attack on the virus is strong, the latest work quantifies the body's response. They found that the original portions of the virus degrade 400 times faster in response to CD8 cells than they would have if those cells weren't a factor - what scientists call significant "selective pressure" on the virus.

The team also found that SIV creates such mutants in response to the assault by CD8 cells at about the same rate as HIV does.

But the most striking finding is that the original viral genetic sequences are still present in the body months after the initial infection, at a time that scientists call the "viral set point," which occurs about two to five months after infection. It's a signal of just how difficult it is for the body to eradicate HIV from the body - key portions of the virus have managed to survive despite the immense immune assault.

Stephen Dewhurst, professor of Microbiology and Immunology and a member of the research team, said: "It's a surprise that the original virus stays in the body so long. We know that the virus confronts such a strong response from the body's immune system that the virus evolves quickly to cope with it. Yet, the virus is able to establish a reservoir somewhere in the body, where it continues to reproduce and does not have to respond to the threat from the immune system."

The findings of the study appear in the June issue of the Journal of Virology.

Ways To Boost Your Immune System

Do you feel stressed all the time? If yes, beware, for your immune system could be going downhill!
Advertisement
Advertisement