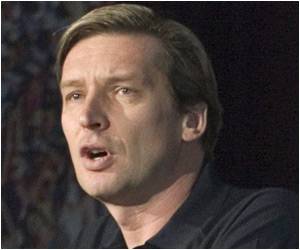 Alex Baumann, the Canadian, double-Olympic gold medalist in swimming at the 1984 L.A. Games, is winning in his swim against another tide - prostate cancer.

Baumann has never been the kind of person who has sought the limelight, although he had made headlines with his champion swimming in the Olympics. But, after he became the head of Own the Podium, a group that trains Canadian athletes to compete in the Olympics, he remained in the background, although it is he who has been responsible for its excellent results.

PSA blood test is specific to prostate gland but not necessarily a cancer specific test but is commonly used to diagnose prostate cancer.
Advertisement

He had had his own share of personal grief as well as an earlier battle with testicular cancer. But when it came to his fight against prostate cancer, he decided to be proactive in building awareness about the disease. He says, "Often you don't want to talk about those things or get tested for that. I didn't realize the stats before this, that 1 in 6 men get prostate cancer. It's quite prevalent and it obviously has a very large hereditary component. The key message for me is early testing and early diagnosis and ultimately you can beat it and get a better outcome."


The PSA [prostate specific antigen] test, a simple blood test, helps in an early diagnosis and this assures of a 90 per cent success. Although it shows high levels without cancer present, causing stress and perhaps a needless biopsy, it is a test that identifies the cancer early, if it does exist.

Encyclopedia section of medindia gives general information about prostate gland
Advertisement
Baumann did not experience any of the usual symptoms - blood in urine or pain, yet, a slightly enlarged prostate alerted his doctor who ordered a PSA test. After the cancer was confirmed with the test, Baumann and his wife, a nurse, who had done the research, decided to try robotic surgery with Dr. Kevin Zorn in Montreal.

The da Vinci robotic system involved small keyhole incisions using small precision instruments, removing the prostate gland through the belly button while being able to view everything in magnified high definition. This actually means less blood loss, less pain, less scarring, because there are only six small incisions, with the catheter in only for a little over 4 days.

But whatever the type of surgery may be, it is the early diagnosis that is crucial, as the success of Baumann's surgery proves.