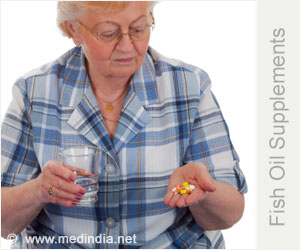 While medications known as benzodiazepines help many people sleep, or feel calmer or less anxious, in older people, they also double the risk of car crashes, falls and broken hips. These drugs are included in the international guidelines as drugs that very few people over the age of 65 should take. However, about 7% of older veterans in the US have a benzodiazepine prescription, and the numbers are even higher in Canada and Australia, according to the study published in the Journal of the American Geriatrics Society.

There's been a steady decline in all such prescriptions since new guidelines came out, the research shows. And the number of older adults starting on the drugs for the first time has dropped even faster.

Advertisement
‘Efforts to discourage benzodiazepine use over age 65 in US, Canada and Australia are working, but that many prescriptions are still being written. ’

But despite these reductions, the researchers say that the continued use of the drugs show much more needs to be done to alert providers, and patients and families, to their hazards and the need to find alternative treatments.


"This downward trend is definitely encouraging, in particular the trend in the new starts for these medications, because the easiest solution is to not start people on them at all," says Donovan Maust, M.D., M.S., an assistant professor of geriatric psychiatry at the University of Michigan Medical School who worked on the study and has studied the risks of psychoactive drugs on older adults.
Advertisement
He notes that research shows that newer antidepressant medications, and non-drug psychotherapy approaches, have been shown to help ease many of the symptoms that often prompt doctors to prescribe benzodiazepines - without the risks. Also, research has shown that patients who take a benzodiazepine to calm the effects of acute stress are actually more likely to develop post-traumatic stress disorder.

More about the study

An international group of authors including Maust and his colleagues looked at data from older adults treated in three different healthcare systems between 2010 and 2016: the U.S. Veterans Affairs healthcare system; Canada's most populous province, Ontario; and Australia.

Maust notes that the veteran population likely has even lower benzodiazepine use than the general U.S. population because of ongoing VA efforts to discourage their use.

Ontario started with much higher prevalence: 18.2 percent of all older adults had a current prescription in 2010, declining to 13.4 percent by 2016. The province also made strides in reducing the percentage who started a prescription each year, from 6 percent to 4.4 percent.

Australia started off with the largest proportion of its over-65 population having a benzodiazepine prescription, at 20.2 percent in 2010. By 2016, that had declined to 16.8 percent. But the number of first-time prescriptions didn't go down much - from 7 percent to 6.7 percent.

All three countries participate in Choosing Wisely International, an effort supported by the Commonwealth Fund to help countries emulate the Choosing Wisely initiative launched by the American Board of Internal Medicine that now offers American doctors and patients dozens of evidence-based recommendations. Australia and Canada each have their own national initiatives.

In fact, benzodiazepine use by people over age 65 landed in the top 10 of all issues that the Choosing Wisely International group chose to focus attention on.

Jonathan Brett, MBBS, from the University of New South Wales and the study's lead author, notes "this analysis is the first publication of an international collaborative explicitly focused on the measurement of harmful or wasteful care."

Studying the use of the drugs in different countries was tricky because of the nature of data available from each national system, notes Maust, who is a member of the U-M Institute for Healthcare Policy and Innovation.

In the U.S. VA system, which shares one medical record system, the effort to educate providers about the risks of benzodiazepines in older patients, and to scrutinize prescriptions for them, appears to have borne fruit.

In Ontario and Australia, the oldest patients had the highest rates of existing or new prescriptions, which is how prescribing looks for non-Veteran older adults in the U.S.

Surprisingly, in the VA system, the youngest group of older patients - those ages 65 to 74 - had higher benzodiazepine prescription numbers than the oldest veterans.

Since 2012, all benzodiazepines have been listed on the American Geriatrics Society's Beers Criteria list of medications that carry outsize risks for older adults. The U.S. Choosing Wisely recommendations against them came out in 2013. But concerns about their use among older adults have been raised for over 20 years.

"When you consider that, it's disappointing that new use isn't dropping more," says Maust. "We need to bend the curve further, with special focus on those who have never been prescribed these medications before because the greatest risk of fall is in the first few weeks after starting on one of these drugs. And if you don't become a new user, you can't become a chronic user."

FDA Issues Strong Labeling Changes for Opioids and Benzodiazepines
Opioids and benzodiazepine drugs may result in serious risks when misused. Therefore FDA has ......

Benzodiazepine Use is Highest Among Older People, Despite Risks
Benzodiazepines, a widely used class of sedative and anti-anxiety medications, is increasingly ......