Number of Patients Using Dialysis may Increase by 2025 In China 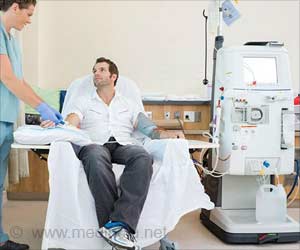 The national prevalence of dialysis in China has not been well studied due to its large population and limited resources. Insurance claims data provide a unique opportunity to understand the burden of kidney failure and have been used to characterize dialysis patients in the United States.

Dialysis is an artificial process for removing excess water and waste from the blood. Hemodialysis and peritoneal dialysis are the types of dialysis.
Advertisement
‘Developing prevention and control strategies to reduce the escalating burden of advanced kidney disease is the need of the hour.’
Read More..

Using a large nationwide claims database, the age-and sex-standardized prevalence of kidney disease treated with dialysis in China was estimated between 2013 and 2017. In addition, researchers predicted the prevalence trend over time to estimate the rising prevalence through 2025.


Kidney failure has become a major public health problem in China. It is imperative to develop prevention and control strategies to reduce the escalating burden of advanced kidney disease.