Now, We can Walk on Walls 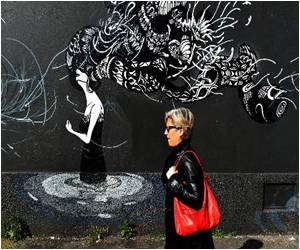 The trousers shown in the Wallace and Gromit film 'The Wrong Trousers' that allowed for its wearer to walk on walls and ceilings could theoretically work for 20 minutes at a time using a rechargeable battery.

This is according to a new research by students of University of Leicester. Katie Raymer, from Whitstable, explained that to walk on walls and ceilings it would be necessary for the trousers to be able function with only one of the boots in contact with the ceiling as well as both.
Advertisement

Raymer added that in order for the vacuum generator in the sole of the boots to work, they assumed that there was a slightly raised rubber insulator surrounding the boot of the trousers that would create a cavity which had a lower pressure than the surroundings when the vacuum was applied.


Student Ben Jordan, from Bury St Edmund asserted that although this was a feasible vacuum required, the main issue was that the trousers operated from a rechargeable battery and therefore, by making a quick comparison with a wireless vacuum cleaner with a similar strength, the operating time would only be around 20 minutes.

The study is published in the Journal of Physics Special Topics.

More News on:
Walking for Fitness and Weight Loss Walking As An Exercise

Infusing Tea by Sealing in Vacuum Makes a Perfect Cup of Tea
Infusing tea with a high tech tea brewing solution of Bkon's Craft Brewer and sealing it in a ......

Vacuum Dust can also be a Disease Vector
Researchers at the University of Queensland and Laval University say that the aerosolized dust ......

Nine-year-olds Obsession With Vacuum Cleaners
A nine-year-old boy, Lane, is suffering a rare condition that causes him to be fascinated with ......