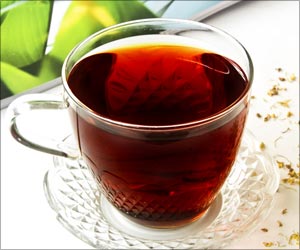 Infusing tea with a high tech tea brewing solution of Bkon's Craft Brewer and sealing it in a vacuum apparently makes a perfect cup of tea of your dreams.

Bkon's upcoming Craft Brewer repeatedly infuses tea by sealing it in a vacuum, apparently allowing it to create the perfect glass in about a minute's time, the Verge reported.

In China, an extremely rich mother rented out an entire mountain just so that her 9-year-old daughter can learn about nature, it has been revealed.
Advertisement

Bkon says that by drawing air out of the tea's brewing chamber, the leaves will quickly and thoroughly release flavorful gases and particles into the surrounding water.


Its machine can perform several vacuum infusions over a single minute, and the timing and cycles can be changed based on what exactly you're brewing.

The genome of a species of tsetse fly ( Glossina morsitans ) has been sequenced by researchers from LSTM.
Advertisement
Bkon says the machine can be used for brewing coffee and making infused cocktails too, though the machine is distinctly built around use with tea leaves.

The machine isn't on sale just yet, but it's been in testing at a small number of cafes for a little while now, including Starbucks' Teavana pilot store in New York.

Teachers should not remind students of the bad consequences of failing a test, as it could actually lead to lower scores, says a new study.
Advertisement
<< Long Term Survival of Transplanted Hearts Across Species Ex...
Camels Implicated in MERS Outbreak >>

Watery Eyes
News Archive
News Resource
News Category
Can Monoclonal Antibody Prevent Malaria? First Monkeypox Case in a Child Confirmed in Germany Nip Bedsores in the Bud With a Self-monitoring Mattress Dementia Risk and Heart Defects: Are They Related? How to Decipher a Baby's Cry of Pain?
More News
Sign up for Wellness Consult a Doctor Sign up for Selfcare

Accident and Trauma Care Find a Hospital Blood - Sugar Chart Drug Side Effects Calculator Diaphragmatic Hernia Vent Forte (Theophylline) Find a Doctor Loram (2 mg) (Lorazepam) Blood Pressure Calculator Drug Interaction Checker
This site uses cookies to deliver our services. By using our site, you acknowledge that you have read and understand our Cookie Policy, Privacy Policy, and our Terms of Use