Newly discovered drug may reverse pulmonary arterial hypertension (PAH), reports a new study. The findings of the study are published in the American Journal of Respiratory Critical Care Medicine.

They identified a drug with a positive safety profile that inhibits a gene called HIF-2α, which they discovered earlier promotes the progressive thickening of the lung artery walls - a key feature of PAH called "vascular remodeling," which leads to right-sided heart failure, the main cause of death in PAH patients.


‘Novel drug identified may reverse pulmonary arterial hypertension (PAH) which can be a major step forward in developing a new treatment for this severe lung disease.’


Recently, they demonstrated in three clinically-relevant animal models that inhibiting HIF-2α with a compound results in reversal of established PAH, suppression of vascular remodeling and right heart failure, and increased survival.

"We are thrilled to reach this critical stage in developing the first drug for pulmonary arterial hypertension that targets the mechanisms behind disease development," says lead author Zhiyu Dai, PhD, from the Manne Research Institute at Lurie Children's, who also is a Research Assistant Professor of Pediatrics at Northwestern University Feinberg School of Medicine. "We plan to complete preclinical testing of the new drug by the end of 2018 and launch a clinical trial in 2019."

In PAH, vascular remodeling causes high blood pressure in the lung arteries, interferes with the smooth flow of blood from the heart and ultimately results in right heart damage. In severe cases, the pulmonary arteries become completely blocked, leading to right heart failure and death.

Currently, there is no effective therapy to reverse vascular remodeling and inhibit right heart failure in PAH. Available treatments mainly target vasoconstriction, or contraction of the lung arteries, achieving only modest improvements in PAH morbidity and mortality.

"It is exciting to see our research progressing from the bench to the bedside," says senior author and program director Youyang Zhao, Ph.D., from the Manne Research Institute at Lurie Children's and Professor of Pediatrics, Medicine, and Pharmacology at Northwestern University Feinberg School of Medicine.

"We started with creating a unique genetically modified mouse model that is the first to mimic how pulmonary arterial hypertension develops in patients. This helped us establish the potential therapeutic benefits of inhibiting HIF-2α and the feasibility of doing this with a compound. Now we have a promising drug that we know is safe to test in a clinical trial. We are hopeful that it can reverse vascular remodeling in patients with this devastating disease and ultimately save lives."

Study Finds a Way to Improve Effectiveness of Vasodilators in Treating Pulmonary Arterial Hypertension
A new study suggests that using a vascular homing peptide which can retain its activity when given sublingually and can selectively target hypertensive pulmonary arteries.
READ MORE 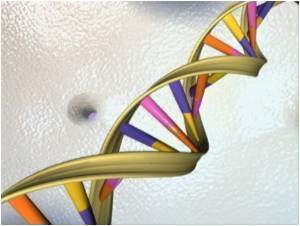 Inhalable Gene Therapy may Help Patients With Pulmonary Arterial Hypertension
The deadly condition known as pulmonary arterial hypertension (PAH), which afflicts up to 150,000 Americans each year, may be reversible by using an inhalable gene therapy.
READ MORE 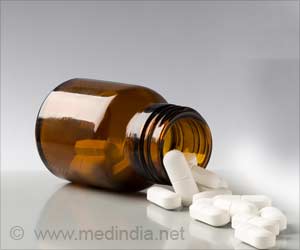