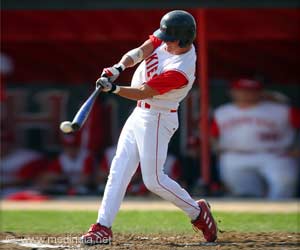 Professional baseball players with a low-grade elbow injury were found to have a better chance of returning to throw and returning to play, and a reduced risk of ulnar collateral ligament surgery than players who suffered more severe injuries on the ulnar side of the elbow. The research was presented at the Annual Meeting of the American Orthopedic Society of Sports Medicine.

Chauhan and his team of researchers sought to evaluate the relationship of MRI tear grade and injury location with outcomes for nonoperatively treated elbow ulnar collateral ligament (UCL) injuries in professional baseball players.


There were no statistically significant differences in return to throw, return to pitch and ulnar collateral ligament repair by grade or tear location. However, objectively, ulnar-sided tears had the lowest return to throw rate at 81 percent and return to pitch rate at 42 percent, respectively. Players with ulnar and both-sided tears also had a higher rate of elbow repair surgery compared to players with humeral-side tears.
Advertisement
The researchers found that lower MRI grade and humeral location were objectively associated with a higher return to throw, higher return to pitch, lower rate of elbow surgery, and higher survival rates compared to higher grade, and ulnar or both-sided tears. Players who were older than 25 had a significantly higher likelihood of not returning to play after non-operative treatment. Competing at the Major League Baseball level had a higher likelihood of re-injury or having ulnar surgery.

Gelatin Supplement Could Aid Recovery from Sports Injury and Strengthen Joints
Gelatin supplement enhanced with vitamin C could be safeguarding your body from injury....

Location of Ulnar Ligament Tear in Baseball Pitchers Helps Determine If Surgery is Necessary
The location of ligament tears within a baseball pitcher's elbow can be key to predicting the ......

Elbow Dislocation
The elbow is the second most common site where dislocations occur. Elbow dislocation is an emergency...