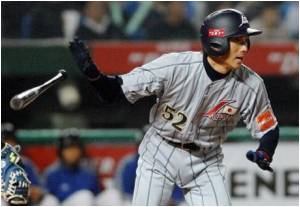 The common elbow surgery made famous by Tommy John, Major League Baseball (MLB) pitcher, definitely does its job to return pitchers to the mound.

But risks for having the surgery may be able to be recognized earlier in a player's career, say researchers presenting their work at the American Orthopaedic Society for Sports Medicine's (AOSSM) Annual Meeting. The study was the largest cohort of MLB pitchers, to date, that have undergone UCL reconstruction.

Baseball players undergoing ulnar collateral ligament (UCL) surgery are able to return to the same or higher level of competition for an extended period of time.
Advertisement

"Our results suggest that UCL reconstructive surgery does a tremendous job in allowing players to return to their same level of sport but it also describes a decline in pitching performance after undergoing reconstruction. We also found that there is a statistically significant decline in pitching performance the year before reconstructive surgery and this decline was found to be a risk factor for requiring surgery. Our study further noted an increased risk of players requiring surgery if they enter the Major Leagues at a younger age," said lead author, Robert A. Keller, MD of Henry Ford Hospital in Detroit, Michigan.


Keller and his team analyzed the statistics for 168 major league pitchers, who threw at least one season at the Major League level and subsequently underwent UCL reconstruction. Statistical data, including earned run average (ERA), walks and hits per innings pitched (WHIP), win percentage, innings pitched, and salary were compared for the three years before and three years after undergoing UCL reconstruction. The data was compared to 178 age matched controlled MLB pitchers. Risk factors for reconstruction were analyzed using a multivariable generalized estimating equation (GEE) model

In Baseball Pitchers, Range of Motion May Be a Predictor for Elbow Injuries

Information presented by researchers at the American Orthopaedic Society for Sports Medicine's Annual Meeting today in Chicago, IL suggests that certain elements of a pitcher's throwing mechanics can increase the risk for elbow injuries.
Advertisement
Of the pitchers undergoing UCL reconstruction surgery 87 percent returned to the Major League level. Of the pitchers that returned, they had a statistically significant decline in their ERA (P=0.001), WHIP (P=0.011), Innings Pitched (0.026), compared to pre-reconstruction performance. Reconstructed pitchers also had a statistically significant decline in their pitching performance in the season before their surgery (ERA p=0.014, WHIP p=0.036, Innings pitched p<0.001, Win Percentage p=0.004). Approximately 60 percent of pitchers requiring UCL reconstruction had surgery with in the first five years of being in the Major Leagues. Compared to age matched controls, the reconstructed pitchers had statistically more major league experience at the same age suggesting that arm stress from earlier Major League experience contributed to injury. Players who entered the MLB early also appeared to have a greater risk for surgery.

"Having athletic trainers and team physicians, closely look at when players pitching performance stats start to decrease may allow for steps to be taken with a pitcher before a surgery is needed. Our study also further highlights the need for kids not to overuse their arms early in their pitching careers," said Keller.

Baseball players are now working on the same concept as in the film Avatar, where miners employ creatures to mimic their body moevements
Advertisement
<< College Athletes With Shoulder Instability Return to In-Sea...
New Research Identifies Risk Factors and Treatment Options ... >>

Accident and Trauma Care Blood Pressure Calculator Indian Medical Journals How to Reduce School Bag Weight - Simple Tips Drug Side Effects Calculator Find a Doctor Nutam (400mg) (Piracetam) Sinopril (2mg) (Lacidipine) Daily Calorie Requirements Blood - Sugar Chart
This site uses cookies to deliver our services.By using our site, you acknowledge that you have read and understand our Cookie Policy, Privacy Policy, and our Terms of Use  Ok, Got it. Close
×